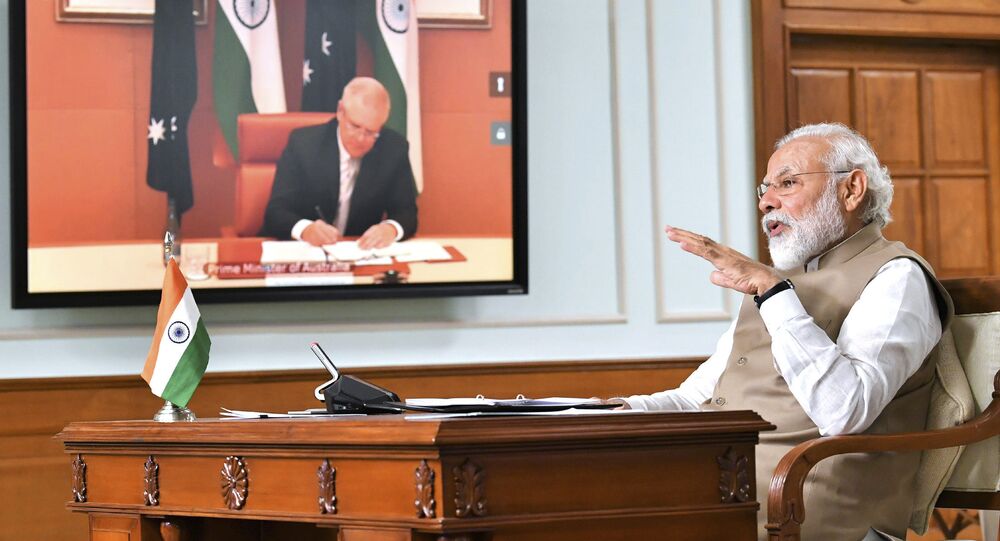 India and Australia Thursday vowed to upgrade their ties to the level of ‘Comprehensive Strategic Partnership’ as both signed the long pending ‘Mutual Logistics Support’ agreement paving the way for greater defence cooperation.

The two countries also agreed to continue to deepen and broaden defence cooperation by enhancing the scope and complexity of their military exercises and engagement activities to develop "new ways to address shared security challenges". Australia is reportedly interested in joining the Malabar Exercise with India, Japan and the US navies.

The agreement which is similar to the India-US military pact was finalised at a defence and foreign ministers' meeting last December, but could not be signed in January as Prime Minister Morrison’s visit to India was called off due to the Australian bushfires.

Indicating the growing partnership in Indo-Pacific Region, the two countries have issued a separate document on  a "Shared Vision for Maritime Cooperation in the Indo-Pacific region" to harness opportunities and meet challenges together as Comprehensive Strategic Partners.

"India and Australia have common concerns regarding the strategic, security and environmental challenges in the Indo-Pacific maritime domain," the document reads.

Earlier this week, Australian High Commissioner to India Barry O’Farrell raised concerns over developments in the South China Sea and the importance of “promoting a free open Indo-Pacific”.

“We have a substantial interest in the region and we will support other countries. We have expressed our concern and use of maritime militias in the region”, he added.

Indian Navy Chief Admiral Karambir Singh said that Chinese deployment in the Indian Ocean had increased over the time and that New Delhi must prepare for that.