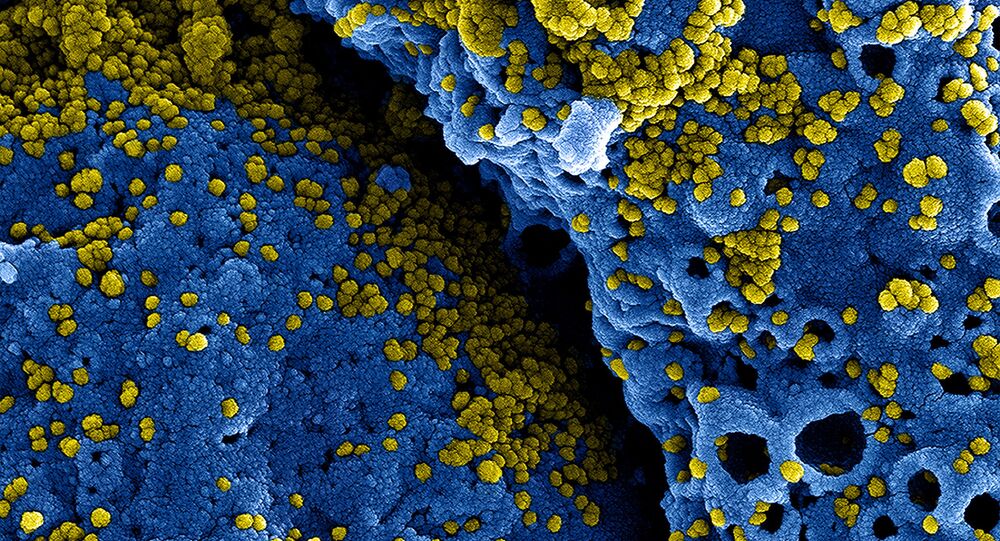 New Delhi (Sputnik): India on 3 May hit a grim milestone, with coronavirus cases crossing the 200,000 mark, and the death toll climbing to 5,815. Despite the high infection rate, the nation's mortality data stood at 2.8 percent, much lower than the US and most European countries.

Scientists at India’s premier research and development medical organisation have found that the novel coronavirus circulating in India is weaker than in other countries.

The Centre for Cellular and Molecular Biology of the Council of Scientific and Industrial Research (CSIR-CCMB), the country’s public-funded research and development medical organisation, has shared a study regarding genome analysis of the SARS-CoV-2 strain in India.

The scientists have identified that a unique trait, a genetic difference - named "Clade I/A3i"- in 41 percent of the genome sequences conducted on the virus collected from Indian patients, is making the virus weaker in India.

Here is a fresh preprint on genome analysis of SARS-CoV2 spread in India. The results show that a distinct cluster of virus population, uncharacterized thus far, which is prevalent in India - called the Clade A3i. (1/2)https://t.co/zoTiBf0nVF pic.twitter.com/wnb90tYNdw

Globally, just 3.5 percent of genome sequences done on this virus to date had this trait.

"Epidemiological assessments suggest that the common ancestor emerged in the month of February 2020 and possibly resulted in an outbreak followed by countrywide spread, as evidenced by the low divergence of the genomes from across the country", the researchers said in their study. "To the best of our knowledge, this is the first comprehensive study characterising the distinct and predominant cluster of SARS-CoV-2 in India".

The Indian Council of Medical Research (ICMR) has also maintained that there are three principal variants in India of the SARS-CoV-2 virus. As per ICMR, there is very little mutation in the strains of the viral genome.

A public spat over the lethality of the coronavirus has erupted globally since an Italian doctor claimed the virus "no longer exists clinically".

"The swabs that were performed over the last 10 days showed a viral load in quantitative terms that was absolutely infinitesimal compared to the ones carried out on patients a month or two ago", Dr Alberto Zangrillo, a well-known doctor of former Italian President Silvio Berlusconi and the head of intensive care at Milan's San Raffaele hospital claimed on Sunday.

The World Health Organisation has, however, warned people about thinking the virus has suddenly become less lethal, adding, it will further investigate the Italian study.