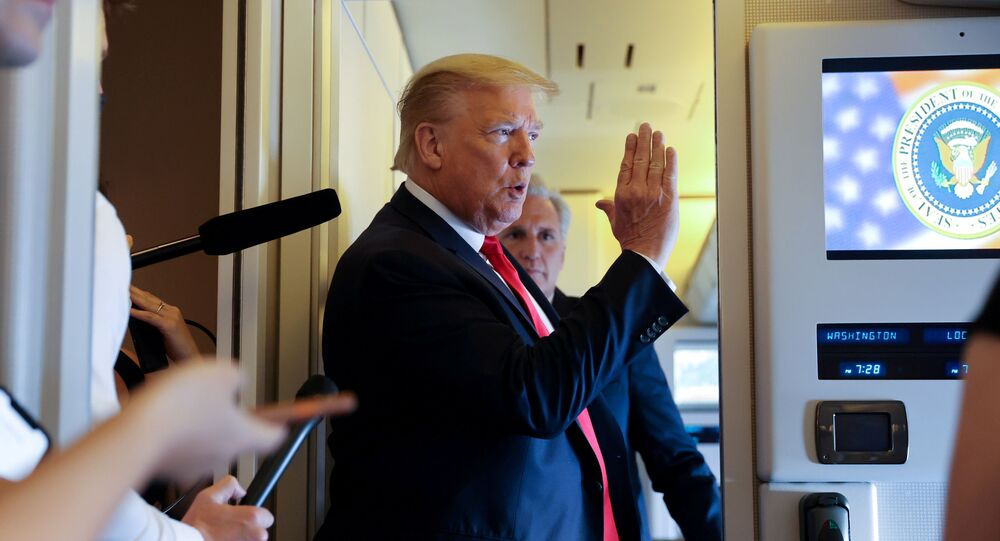 Moscow Agrees With Trump's Statement That G7 is 'Outdated'

The US will hold the next G7 summit, which was initially scheduled to take place in June. However, on 31 May, Trump said that the meeting would be postponed until September, adding that the current format is "outdated" and that he will invite the leaders of India, Australia, South Korea, and Russia to the next summit.

The Russian Foreign Ministry has said in a statement that Moscow agrees with President Donald Trump's remark that the G7 is “outdated”.

"First of all, I will say that we have noticed the US president's statement that he sees the G7, as it is today, as a 'very outdated group of countries', which 'does not properly represent what's going on in the world.' We agree with this approach", Russian Foreign Ministry spokeswoman Maria Zakharova said, stressing Russia believes that problems related to global politics and economy cannot be solved within "exclusive clubs of Western countries".

"So, the idea of an extended meeting of the G7 is in the right direction in general, but it does not ensure a truly universal representation. For example, it is obvious that serious plans with a global impact can hardly be implemented without China's participation", Zakharova said.

The Russian Foreign Ministry spokeswoman praised the G20 as an efficient format.

In the meantime, EU foreign policy chief Josep Borrell stated that Washington cannot change the format or membership on a permanent basis.

The statement comes after Trump and Russian President Vladimir Putin discussed the importance of an effective arms control regime and progress towards convening a G7 summit during a phone conversation on 1 June.

© AP Photo / Ian Langsdon
UK Will Use Veto To Block Russia’s Potential Return to G7, Downing Street Spokesperson Says
Following the conversation, the Kremlin said in a statement that Trump had briefed Putin on his idea of holding a G7 summit in an extended format.

Trump said earlier that he intended to postpone the G7 summit until September and invite Russia, India, South Korea, and Australia to participate in the gathering. The White House later said the expanded summit would discuss the "future of China".

"I don’t feel that as a G7 it properly represents what’s going on in the world. It’s a very outdated group of countries", Trump said on 30 May.

In May, US National Security Adviser Robert O'Brien had said that the country was postponing the next G7 meeting in Washington until late June amid the COVID-19 pandemic. The summit was originally planned for 10 June. The US president told reporters that the G7 summit would likely take place at the White House though parts of the gathering could be held at Camp David.