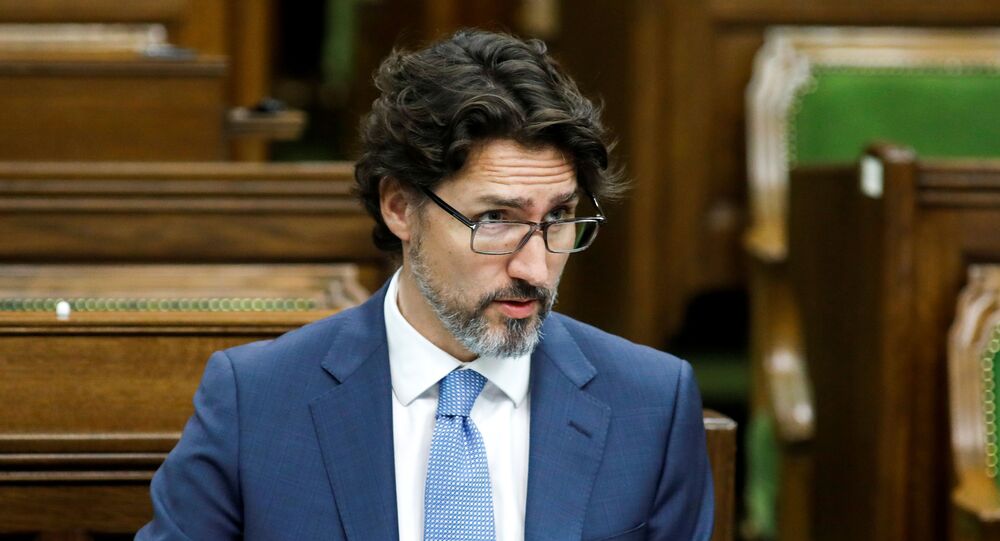 On Saturday, US President Donald Trump announced the postponement of the scheduled Group of Seven (G7) summit, from the end of June until possibly September, revealing that he is intending to invite Russia, South Korea, Australia, and India.

Canadian Prime Minister Justin Trudeau on Monday said that Ottawa is opposed to a potential return of Russia to the G7 proposed by US President Donald Trump, over Moscow’s “continued disrespect and flaunting of international rules”.

“Russia was excluded from the G7 after it invaded Crimea a number of years ago, and its continued disrespect and flaunting of international rules and norms is why it remains outside of the G7, and it will continue to remain out,” Trudeau told reporters during his daily news conference.

In response to a reporter's question on whether he would attend the summit if Russian President Vladimir Putin were present, Trudeau avoided giving a clear answer, saying that “many discussions” needed to take place before the meeting.

On Monday, the United Kingdom said in response to Trump’s intention to invite Russia to participate in the next G7 summit in Washington that it would use its veto to block readmitting Moscow as a member of the group.

“We would not support it being readmitted as a member of the group unless it ceases aggressive and destabilising activity that threatens the safety of UK citizens and the collective security of our allies,” the spokesperson said, quoted by The Independent.

The spokesperson acknowledged, however, that the summit host country has the right to invite nations from outside the group to take part in the meetings, as “it’s an established principle”.

Trump on Saturday proposed inviting the leaders of South Korea, Australia, India and Russia to the next G7 summit, planned to take place in Washington DC, declaring that the current format is “outdated”. Russia, a former member of the economic bloc, then called the G8.

The Kremlin in a press release on Monday said that Trump had informed Putin during a Monday phone call about Washington’s plans to hold an expanded G7 summit in September, with the possible invitation of the leaders of Russia, Australia, India and the Republic of Korea.

Russia left the G7 group, formerly called G8, in 2014, in the wake of disagreements over events that took place in Ukraine and Crimea.

Members of the group accused Russia of interfering in Ukraine’s domestic affairs, although Moscow refuted the allegations.