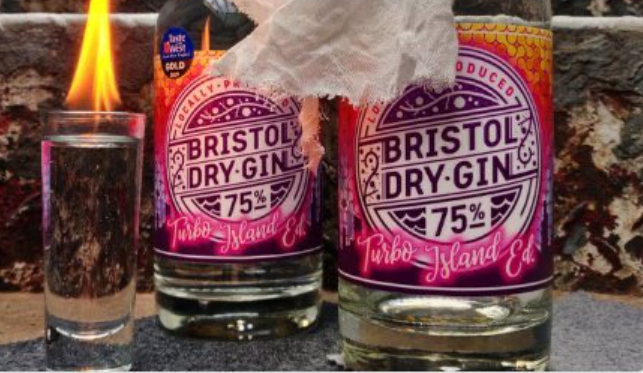 As the United States faces widespread ongoing protests against police brutality following the killing of George Floyd that have turned violent and resulted in arson in several cities, some companies seem to see an advertising opportunity for their own flammable products.

A UK gin company, Bristol Dry Gin, was slammed by social media users for using the violent protests currently engulfing the United States to celebrate and promote their product's "high flammability", adding the controversial phrase reused by US President Donald Trump in his tweet: "when looting starts, shooting starts".

The Bristol Dry Gin tweet, now deleted, read: "When the shooting starts the looting starts. Voted No.1 gin by rioters for its complex botanical mix and high flammability".

Despite offering apologies for the post, the firm has been lambasted by netizens, who were shocked at the tweet, asking "how that happened", demanding an explanation and not mincing words.

​Twitter users did not back off on their rage, slamming the brand for sliding the name of the product into the so-called non-apology in an apparent effort to stick to a PR strategy.

Yeah, don't forget to give a shout-out to your product in your 'apology'. Proper sincere, that.

'Get 10% off at the online checkout with the code SORRY'

Users suggested that the brand, in business since 2017, might be more sorry about the backlash rather than the offense it caused.

You tried to get attention through controversy, and it blew up in your face. Your responses on FB spoke volumes.

You aren't sorry you did it. You're sorry it backfired.

How the hell would you think it was ok to joke about this? You are beyond contempt.

​Netizens stormed on the brand for not offering an explanation on the origin of the offensive PR campaign, noting that this was not an accident, but a planned posting accompanied by a photoshoot specifically created for the tweet.

Yet zero explanation of how this even get's close to being posted, let alone setting up the time for a photoshoot. Someone put a lot of thought into it, someone signed off on it. Explain what they were thinking. Explain it. Don't just say sorry and delete it.

your CEO needs to make a proper statement on how this was allowed to happen, what steps you’re taking so it won't happen again, and to make a formal apology

hiding behind a copy/paste text message just won't cut it

A poor apology, and one that shouldn't be needed because no one in their right mind would attempt to capitalise on this situation.

​The ill-conceived PR attempt comes as anti-police brutality protests have resulted in violence and arson around the country - a wave that started after the killing of George Floyd, a 46-year-old African-American, who was killed while being arrested. The white police officer, Derek Chauvin, pressed Floyd's neck with a knee for over 8 minutes, blocking the victim's breath and ignoring repeated please to allow him to breathe.

Chauvin has since been arrested and charged with third-degree murder. Official autopsy results later confirmed that Floyd's death was an asphyxia homicide caused by cardiopulmonary arrest.