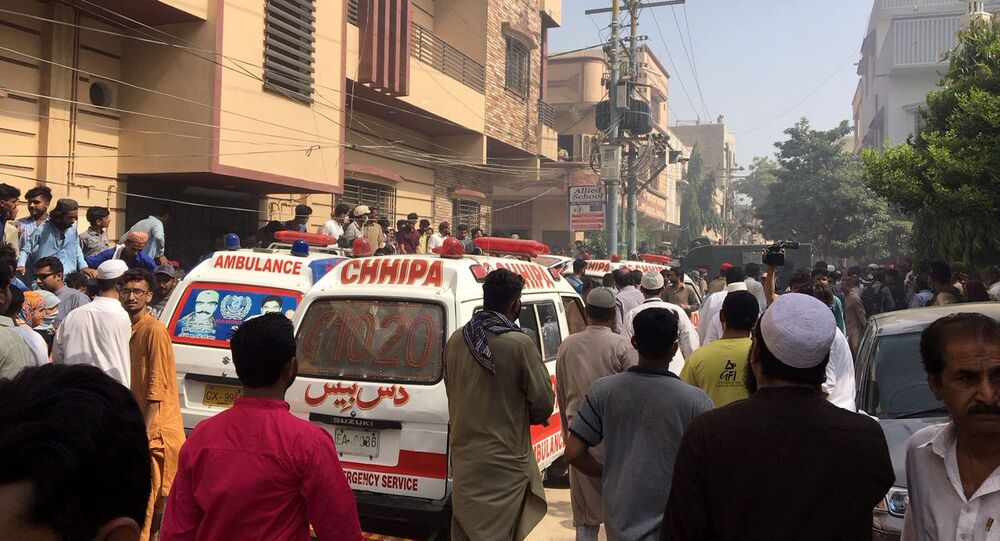 New Delhi (Sputnik): Following the worst airline disaster in Pakistan in over eight years, France’s Bureau of Inquiry sent an investigative team to probe the crash site of the Pakistani International Airlines Airbus (PIA) A320 jet which killed 97 of the 99 people on board on 22 May.

The two black boxes recovered from the rubble of Pakistani jet A320 were sent to France on Monday for decoding and further analysis with the French investigating team, confirmed airport officials.

The Bureau of Enquiry and Analysis for Civil Aviation Safety (BEA) will begin on 2 June the investigation in France by opening and downloading the information from the boxes, which contain voice recordings from cockpit and crucial data.

The investigators will try to analyse what could have led to the first failed landing attempt and understand whether the damage from it caused the plane crash before the second attempt.

The Pakistani jet was manufactured by France's Safran Aircraft Engines and US's General Electric, joining the air fleet of PIA in 2014. The flight which logged around 47,100 flight hours first flew in 2004.

The Airbus A320 crashed with 99 passengers and crew aboard near the airport in the Pakistani city of Karachi after taking off from Lahore. The plane reportedly made two failed attempts of landing and it is suspected that it lost both engines after first failed landing. The Sindh provincial health ministry has confirmed the death of all but two people aboard the plane.

Meanwhile, in Karachi, a Forensic Science Agency is conducting the grueling task of identifying victims’ bodies by collecting DNA samples from the crashed site.

On Sunday, Pakistan International Airlines said that they are in touch with families of victims through its Emergency Response Centre and passing vital information. They stated that the delays in the process is taking place due to factors outside its control and it is a time-consuming process.