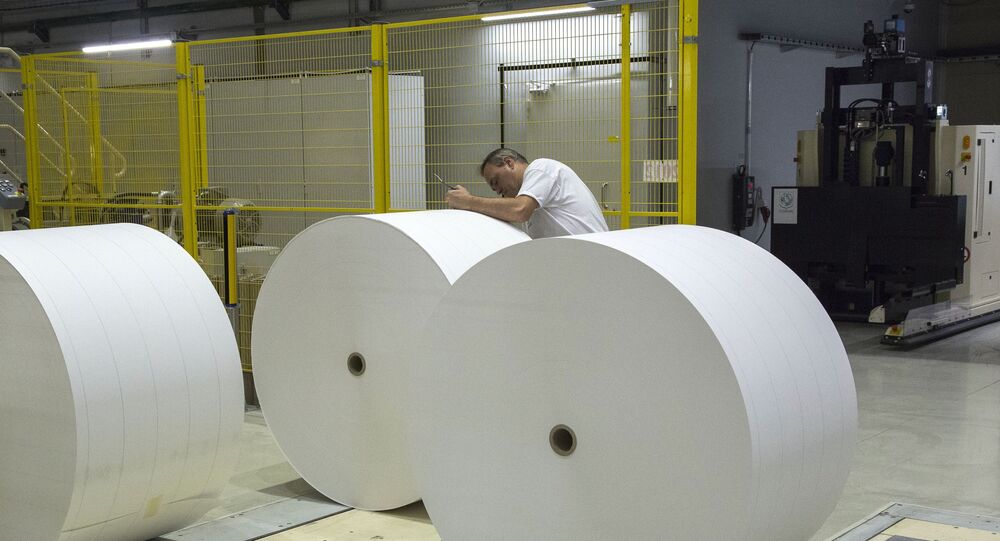 MOSCOW (Sputnik) - Moscow has refuted the US accusations that the national banknote manufacturer was forging money for Libya, the Russian Foreign Ministry said in a statement on Saturday.

"We would like to note that under the conditions of actual diarchy in Libya, there are currently two central banks. One of them is located in Tripoli, where the internationally recognised Government of National Accord, headed by Fayez Sarraj, operates. Another central bank is located in Benghazi. Its head was appointed by the popularly elected Libyan parliament, the Chamber of Deputies, and, therefore, has the necessary international legitimacy. Thus, false are not Libyan dinars, but the US statements," the ministry said.

The statement comes after the US Department of State late on Friday welcomed Malta's announcement of seizing $1.1 billion in the Libyan currency produced by Russia's state printing house Goznak. Washington claims the money is counterfeit and has been commissioned by an illegitimate entity.

According to the Russian ministry's statement, the contract for printing Libyan dinars was signed between Goznak and the head of the Libyan Central Bank in 2015. As part of its contractual obligations, Moscow has sent to the Central Bank in Tobruk cargo with the Libyan banknotes. The ministry added that the money was necessary to maintain the stable functioning of the entire country's economy.

Meanwhile, the Russian Goznak company stated that Malta violated international law when it detained a batch of banknotes printed by the Russian printing house.

Goznak added that the order for money was approved by the board of directors of the Libyan Central Bank back in 2015, and the bank's right to sign such contracts was secured in 2016 by the Tripoli-based Government of National Accord (GNA).

"Despite all the disagreements between the parties [to the conflict between LNA and GNA], this decision has not been cancelled and is still in force. The corresponding contract with our company was signed by a person endowed with all the necessary powers," the company noted.

The Maltese customs authorities reacted only this year with a statement, which "largely distorted the actual circumstances of the relationship between Goznak and the Central Bank of Libya."

The company added that the UN Security Council Committee on Libya had found the money delivery compliant with the sanctions regime.