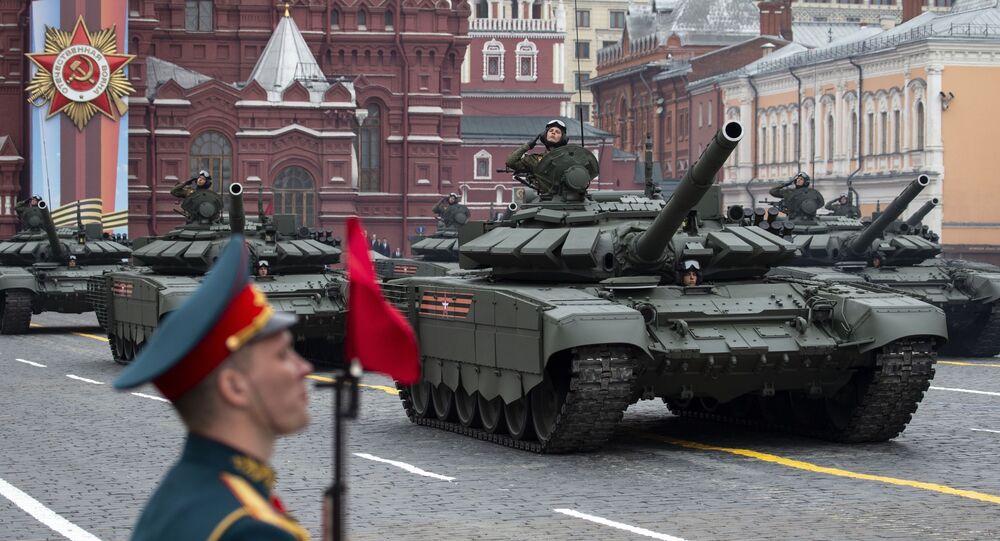 BELGRADE (Sputnik) - Serbian President Aleksandar Vucic confirmed on Friday his plans to attend the military parade in Moscow on 24 June that will mark the 75th anniversary of victory in World War II.

"I received an invitation from Moscow, and, of course, I will represent Serbia at the parade marking the 75th anniversary of the victory over fascism ... I will proudly carry the flag of our country on Red Square in Moscow," Vucic said, aired by the local Pink TV channel.

The president added that he also might hold a meeting with Putin, which would be the 17th or 18th between the leaders.

Earlier this week, Russian President Vladimir Putin announced that the parade will be held on 24 June after being postponed due to the coronavirus pandemic.

Later, Aleksey Paramonov, the head of the Foreign Ministry's First European Department, said that Moscow would send new invitations to the military parade to all the participants.

The Victory Day parade was originally expected to be held on 9 May but was postponed for safety reasons due to the coronavirus pandemic.