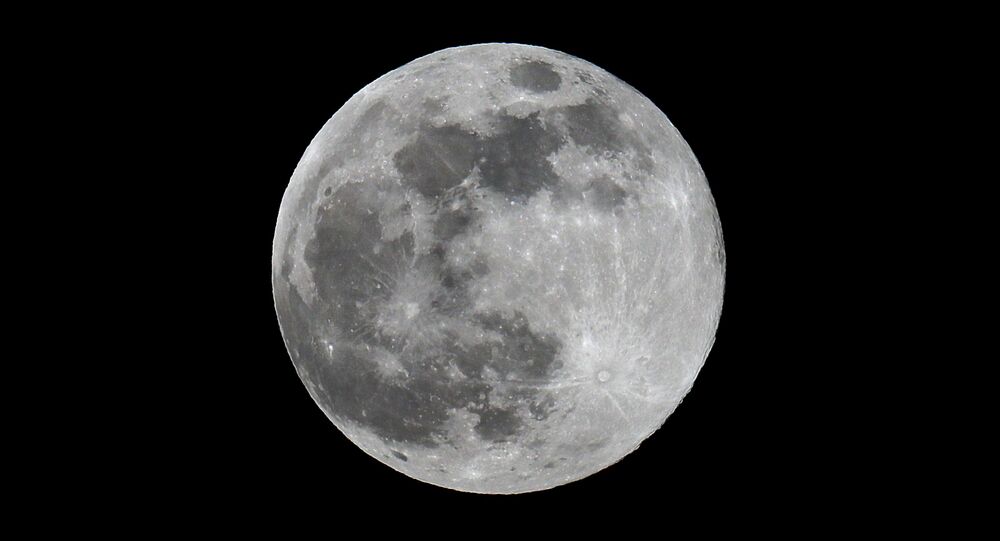 New Delhi (Sputnik): The US announced the Artemis Accord on 15 May and asked countries to join the treaty to explore the Moon with a new framework, while opposing the 1979 Moon Agreement. The US claimed that the new agreement will ensure space activities will be conducted solely for peaceful purposes with transparency as a key principle.

US President Donald Trump’s administration has created new rules through an executive order following a 2015 law change for how private companies might profit from operations on the Moon, asteroids and other planets.

However, the new rules are in sharp contrast with the 1979 Moon Agreement, which the US has generally followed but never formally joined.

The new accord, named after the National Aeronautics and Space Administration (NASA)’s Artemis programme, which aims to “land the first woman and the next man on the Moon by 2024, is a guideline to usher in a new era for space exploration and utilization”.

The Artemis Accord suggests “safety zones” for future lunar bases to prevent damage or interference from other rival countries or companies working in close areas. While the earlier treaty bars the Moon and celestial bodies from being subject to national appropriation, it has been clarified that the safety zones are not “some territorial claim”.

Countries joining NASA’s exploration of the Moon will be asked to sign up to a series of guiding principles under the Artemis Accord. Announced on 15 May, the accord is a set of broad themes that the agency hopes will form the basis of agreements to be negotiated with each country involved in the effort to land the next humans on the Moon by 2024.

However, the accord is likely to become controversial as it appears to allow the use of lunar resources for commercial gain, while it also seeks to establish “safety zones” around landing sites, which could be interpreted as de facto ownership of areas of the Moon, which is forbidden by the Outer Space Treaty.

The new NASA programme comes as several major powers, including Russia, India and China, are working on their own Moon missions.

In 2019, the Indian Space and Research Organisation (ISRO) launched the Chandrayaan 2 mission, which aimed to land on the south pole of the Moon, where no other landing craft had ever reached before, to carry out a search for water and minerals and as well as measurements of moonquakes.

ISRO chief K Sivan in January 2020 announced the Chandrayaan-3 mission along with Gaganyaan – India’s manned mission to moon – as part of its exploration of outer space and the Moon.

Meanwhile, China with its Chang'e 5 robotic Moon mission and Russia with its Luna-25, Luna-26 and Luna-27 — all of which represent partnerships with the European Space Agency (ESA) — are set to explore the Moon for its minerals, helium and water.

On the other hand, Russia will be returning to the Moon after an absence of 45 years, a time when, as the Soviet Union, it was the world's leader in the field, successfully executing three robotic lunar sample return missions.

Vladimir Kolmykov, head of the Lavochkin Scientific and Production Association, the segment of the Russian space agency Roscosmos, on April 10 told President Vladimir Putin, according to a transcription of the call posted by the Kremlin: "The Luna-25 spacecraft is currently in the assembly and first trial stages. Yes, there are some cooperation problems but we are working on them. I hope that the 2021 goal of launching Luna-25 will be achieved."

US to Trigger New Race for Moon's Resources?

Talking about the US legislation, scientist at the Tata Institute of Fundamental Research, Mayank Vahia, says it will propell the race for the moon resources.

“The repercussions will be severe. All countries including India will try and claim parts of the moon for mining. Similar situation had arisen with respect to Antarctica where an international treaty was eventually formed before any harm is done”.

Whether India will be joining the Artemis Accord or not, Vahia says: “I think the countries will wait until we know who will replace Trump latest by 2024 but will start technology development. This is true of Space Force also”.

Talking about the US spcae policy of recent years, Indian space expert Ajey Lele points out that the "US is trying to dominate the global space policies from a very narrow nationalistic point of view," adding that "outer space and planets should be viewed as Common Heritage to Mankind (CHM)”.