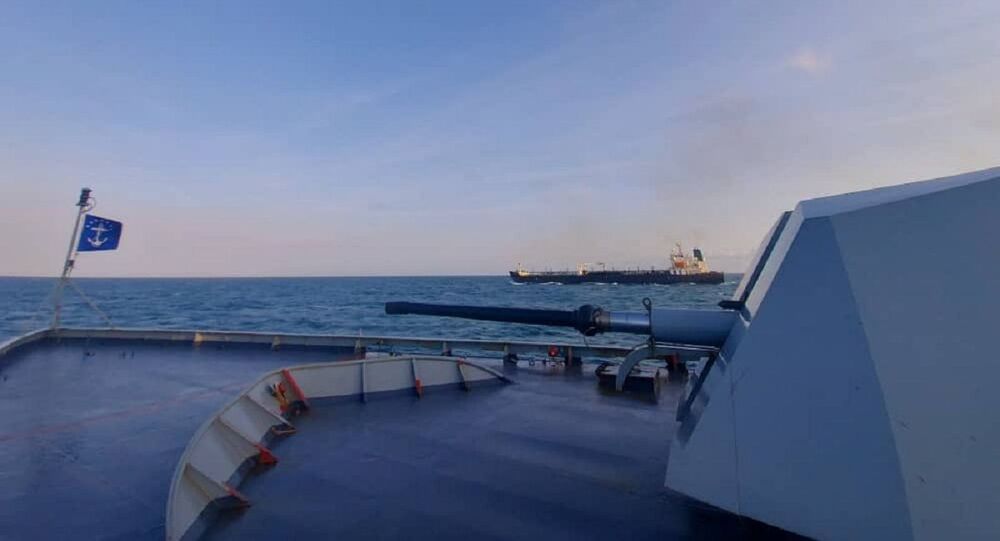 Earlier in the day, Iranian media reported that the first of five Iranian oil tankers delivering fuel to Venezuela had moored at the El Palito refinery in the South American country.

The first photos of the Iranian tanker "Forest" carrying gasoline to Venezuela has been shared in a series of posts on Twitter by Madelein Garcia, a correspondent for the country's television network teleSUR.

In the pictures taken from a patrol boat, the Venezuela-flagged vessel is seen in open sea on course to the El Palito refinery.

Garcia also posted close-up images taken with the help of binoculars in which the ship's name - "Forest" - is seen.

The Iranian Embassy in Venezuela previously announced that the first of the five tankers, named "Fortune", had reached Venezuelan territorial waters.

The oil shipments come in spite of US threats of a fresh round of sanctions against both Tehran and Caracas. However, officials in Washington have stated that there are no current operations planned to stop the tankers, despite previous reports indicating such intentions.