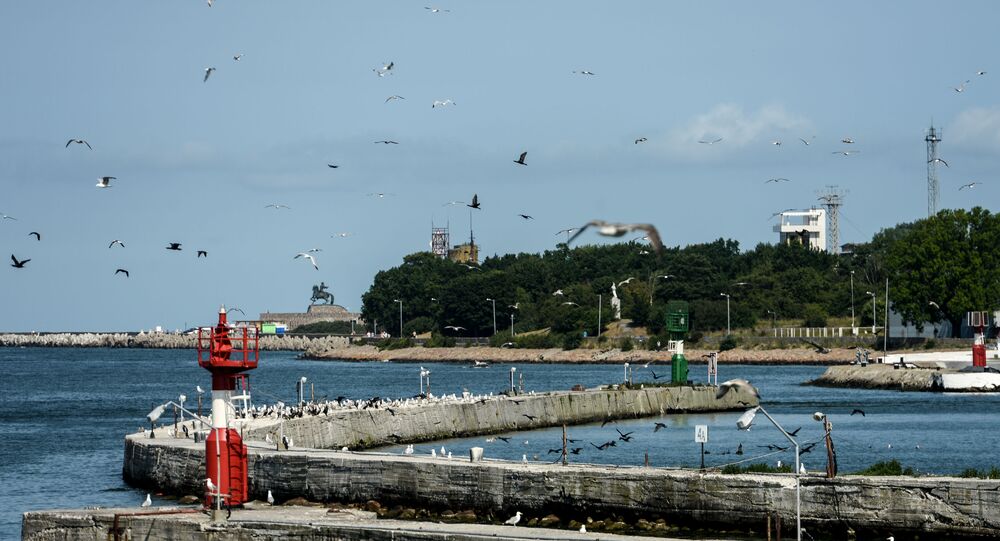 Kaliningrad is Russian 'Dagger' in Heart of Europe, US National Security Adviser Claims

In an ongoing row over withdrawing from arms control agreements, the US has announced that it will be leaving the Open Skies Treaty, which allowed parties to carry out flights over each other's territories and monitor the deployment of troops in order to build mutual trust.

US National Security Adviser Robert O'Brien has compared the Russian exclave of Kaliningrad to a "dagger in the heart of Europe" in an interview with Germany's Bild newspaper. He argued that the region's geographic disposition makes it a perfect spot for being a great trade and tourism hub connecting Russia and Europe, but, as O'Brien claimed, Moscow has turned it into a "closed military base full of high-tech weapons and missiles".

"The whole situation with Kaliningrad is a missed opportunity for Russia and Europe, and that's a real shame", the national security adviser concluded.

However, the governor of Kaliningrad, Anton Alikhanov, strongly disagreed with O'Brien, calling his conclusions about the region sketchy at best and questioning the adviser's professionalism.

"Unfortunately, the American administration, as usual, is superficial in its judgments. Most of their statements on the Kaliningrad region are quite far from reality and reveal the poor competence of such advisers [as O'Brien]", Alikhanov said.

The head of Kaliningrad also suggested that O'Brien might have been disappointed by the region's decision to introduce E-visas, which has attracted many tourists from Germany and Poland, but not Americans. He indicated that the adviser's claims about Kaliningrad being a "closed military base" are obviously unsubstantiated and can only "puzzle" a person familiar with the real situation on the ground.

Open Skies Without US Above Kaliningrad

O'Brien raised the issue of Kaliningrad while discussing the US withdrawal from the Open Skies Treaty. The US withdrew from the agreement citing Moscow's alleged refusal to allow US observation flights over the exclave. The national security adviser stated that Washington has other means of monitoring Russian missiles and weapons in Kaliningrad, which, as he claimed, "threaten [the US'] European allies and the Baltic States".

Russia has introduced limitations on certain flights over Kaliningrad, citing provisions of the Open Skies Treaty that present concrete demands for the airfields from which the observation flights commence. At the same time, information from flight-monitoring services released by enthusiasts on Twitter suggests that the US Open Skies observation mission last commenced flights over Kaliningrad on 2 August 2019.

US Open Skies mission over Kaliningrad still in work.

Apart from Kaliningrad, the US has accused Russia of other violations, namely of prohibiting an observation flight above the area of the "Centre-2019" war games in September 2019. Moscow indicated, however, that according the treaty, it could not allow a flight if it couldn't guarantee its safety, which was precisely the case with these drills, which involved the use of live ammunition.

Russia similarly refused to allow observation flights near the borders with Abkhazia and South Ossetia, as the US and other countries could thereby spy on the two partially-recognised republics without their consent.

Moscow, in turn, has repeatedly forwarded its own concerns regarding US compliance with the treaty to Washington, which have remained unaddressed. Namely, the US has limited low-altitude flights by Russian missions in certain areas, citing national regulations, despite the treaty explicitly prohibiting the use of national security concerns and national laws as excuses for denying observation flights. Washington has also restricted the ability of Russian planes to approach the Aleutian Islands for observation flights.