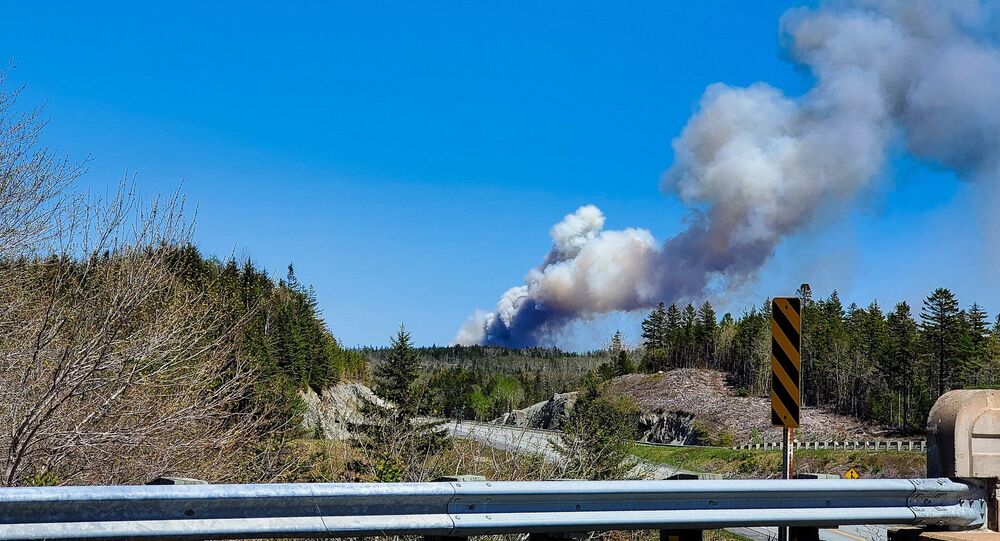 The fire in the region of the Halifax Regional Municipality has been estimated to cover at least 40 hectares and continues to grow, as helicopters and personnel struggle to contain the blazes.

Around 1,000 residents of the Halifax Municipality in Nova Scotia, Canada, were forced out of their homes after an evacuation order amid Saturday's wildfire in the region of Porters Lake Road. According to the Nova Scotia Department of Land and Forestry, the fire broke out at 12:30 local time (16:30 GMT) north of Highway 107 and jumped the highway between Exit 18 and 19, heading south toward the Atlantic coast.

"It's a fire out of control, and we have helicopters and personnel trying to contain it right now", Nova Scotia forest protection manager Jim Rudderham said.

Residents on neighbouring Candy Mountain Road in Mineville, NS have been warned to prepare to leave, as the evacuation perimeter may be expanded, according to a Halifax Fire release.

An evacuation order of about 1,000 residents is underway by Halifax Fire, with more residents on standby. A portion of Hwy 107 has been closed to traffic. The public is asked to avoid the area.

Further updates will be provided on this channel as information becomes available.

​Three helicopters, alongside Land and Forestry crew and Halifax firefighters, are on site, attempting to contain the fire, which has covered over 40 hectares and is said to be growing.

UPDATE: Provincial wildfire fighting crews are fighting a wildfire in the Porters Lake area of Halifax Regional Municipality. The fire is estimated to cover about 40 hectares, but is growing. pic.twitter.com/qJIiOQGwdX

Videos from the site were shared on social media following the evacuation order.

Breaking: At least 1,000 residents evacuated due to a large brush fire in the West Porters Lake area of Halifax, Nova Scotia. pic.twitter.com/ORVf8AUHGr

A part of Highway 107 has been closed to traffic, and the public have asked to avoid the area. No casualties have been reported.

This is the second large fire in Nova Scotia in recent days, following Friday's forest fire in Chester Grant, NS, that decimated 27 hectares.