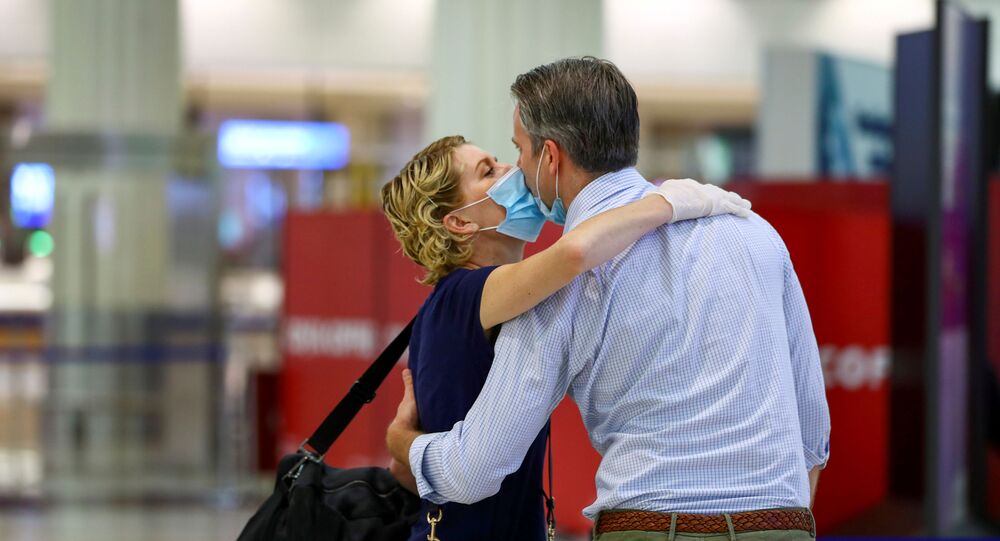 Many countries have cautiously started easing quarantine measures introduced because of the coronavirus pandemic, but so far they haven't rushed to open borders for tourists.

As the anti-COVID-19 vaccine is only being developed, the idea of ​​introducing immunity passports is increasingly being discussed.

These passports should become guarantors of the health of a person arriving in a particular country. It’s assumed that people who have developed antibodies to COVID-19 will be able to get such passports.

Sputnik has spoken to scientists to find out whether the possible introduction of immunity passports is a realistic scenario for “reviving” international tourism, as well as what determines the effectiveness of such a document.

According to Dmitry Kuprash, chief researcher at Engelhardt Institute of Molecular Biology, Head of the Centre for Precision Genome Editing and Genetic Technologies for Biomedicine, the effectiveness and the reliability of immunity passports should still be proved through numerous and lengthy observations of people who have had coronavirus:

“It’s not enough to take an antibody test, since if there’re few antibodies, protection against the infection remains extremely low, which means that the risk of reinfection cannot be ruled out. However, Moscow has launched a large-scale screening for antibodies, since scientists in any case are still trying to understand what specific antibody test can be considered a guarantee of strong immunity. Other countries are also running such programmes.”

In a classic viral infection, antibodies form in about a week or two, but how long they remain in the human body is always a moot point since many factors can influence this.

Sergei Nedospasov, molecular biology and genetics, immunology and biotechnology expert, Doctor of Biological Sciences, professor, and corresponding member of the Russian Academy of Sciences, doubts that the immunity passport concept can be adopted in the near future:

“Long-term testing of antibody tests is needed to really prove that a person is protected against the virus; and most importantly, that a person no longer carries the 'living virus', which can infect others. But without clarifying data, the Covid passport can be misleading. Therefore, I think no one will risk the health and safety of people, relying on immune passports, which still raise a lot of questions.”

But if some countries still decide to introduce immunity passports, their expiration date in any case remains in question, Dmitry Kuprash believes: “Immunity tends to weaken. In this case, the only realistic option is to make short-term immunity passports, for no more than a few months. In this case, the traveller will have another standard tourist expense, in addition to visa and insurance. I don’t consider this unrealistic, but the creation and effectiveness of such a passport will depend primarily on the virus features. Say, with the flu, such a health document doesn’t make any sense, since the flu develops new strains every year. The scientific community has yet to figure out how stable the features of the coronavirus are.”

Another important issue regarding introducing immune passports is the question of international trust. The host country must be sure that antibody tests of all tourists have been done honestly, and according to certain standards.

“That could be a problem. Some countries may try to solve it by testing for antibodies at visa centres, but these assumptions are beyond the competence of scientists,” Dmitry Kuprash said.

Meanwhile, some experts have already started speculating that people who have antibodies to COVID-19 will have some travelling advantages over those who haven’t yet contracted the virus. They are worried that such a development may make people want to get infected as soon as possible in order to be able to move freely.

According to Dmitry Kuprash, even the development of a vaccine is not able to solve this problem completely: “People who are infected naturally, still have very strong protection against reinfection, while vaccines most often provide weaker immunity.”

In turn, the WHO warns against the hasty introduction of “immunity passports” as a way to protect travellers. The WHO headquarters pointed out that both citizens and governments of all countries, indeed, have hopes for antibody tests as a way to resume normal life.

But, unfortunately, at the moment, “there is no evidence that people who have recovered from this disease are protected against reinfection”. And, according to WHO analysts, false tests could endanger the lives of thousands of people.