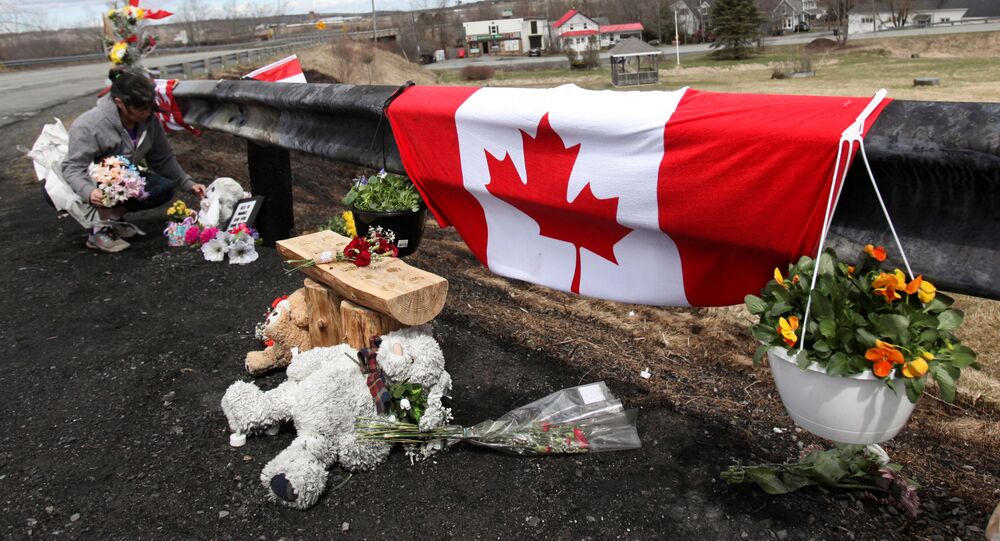 On 18 and 19 April, the Canadian province of Nova Scotia saw a deadly mass shooting carried out by a 51-year-old dentist named Gabriel Wortman, who killed 22 people, including a federal police officer. The shooter was later killed by police.

A recently unsealed warrant revealed on Tuesday that the Nova Scotia Police became aware of the fact that a gunman with several firearms was driving a fake police car in the province 12 hours before they warned the public.

Police killed the gunman, but not until he had murdered 22 people during his 18-19 April killing spree.

The 40-page warrant, part of which is redacted, revealed that the shooter's neighbours informed police that the 51-year-old posed a threat before he started his horrific massacre.

“[The shooter] wasn’t a police officer wannabe and didn’t like police officers and thought he was better than them,” the supsect's partner, who suffered a severe beating and was handcuffed by the shooter before she was able to escape on the evening of 18 April, told police, according to the document.

The woman narrated that she saw him that day putting a number of firearms inside a car that was modified to look like a Royal Canadian Mounted Police cruiser.

The warrant also stated that a neighbour told police at the scene of the first shooting in Portapique on the night of 18 April that he was shot by a man he identified as Wortman. He also said that the suspect was dressed as a police officer and was driving a “police vehicle”.

Despite being aware of the information, the Nova Scotia police did not warn the public until the morning of the next day, according to The Guardian.