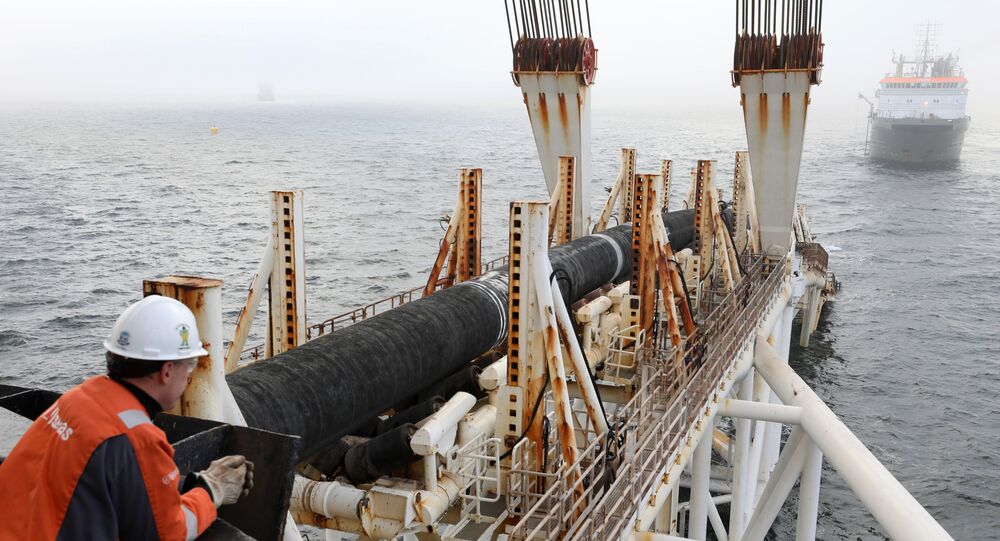 MOSCOW (Sputnik) - The Nord Stream 2 pipeline project aimed at delivering gas from Russia to Germany under the Baltic Sea through the territorial waters of five European countries, including Denmark, will not impede the relationship between Moscow and Copenhagen, Russian Foreign Minister Sergey Lavrov said on Tuesday.

"[This] does not affect relations between Russia and Denmark. These relations have long been in the state they are in today. I do not see any change in our approach to the relationship with Copenhagen in light of the situation around Nord Stream 2," Lavrov said at a press conference after an online meeting of foreign ministers of the Council of the Baltic Sea States (CBSS).

The diplomat added that Moscow was open to a constructive dialogue with Copenhagen on any issues of concern.

"Out relations are not brilliant, I will say honestly and frankly, we see that Denmark takes a less constructive position on a number of issues related to Russia within the framework of the European Union and NATO than a number of other members of these organizations. We do not dramatize this, we are ready to talk to everyone, including our Danish colleagues," Lavrov noted.

The Danish permit, which was the last one required for the construction of the 745-mile-long twin pipeline, was granted in October of last year.

The Nord Stream 2 is a joint venture of Russia's Gazprom and five European companies. The pipeline will carry up to 1.942 trillion cubic feet of gas per year from Russia to Germany through the territorial waters or exclusive economic zones of Denmark, Finland, Germany, Russia and Sweden.

A number of Western states, including the United States, have long been opposing the project. Last week, the application submitted by the Nord Stream 2 AG, the operator of the pipeline project, was rejected by the German Federal Network Agency. Russia, however, has vowed to complete the pipeline, albeit with a delay.