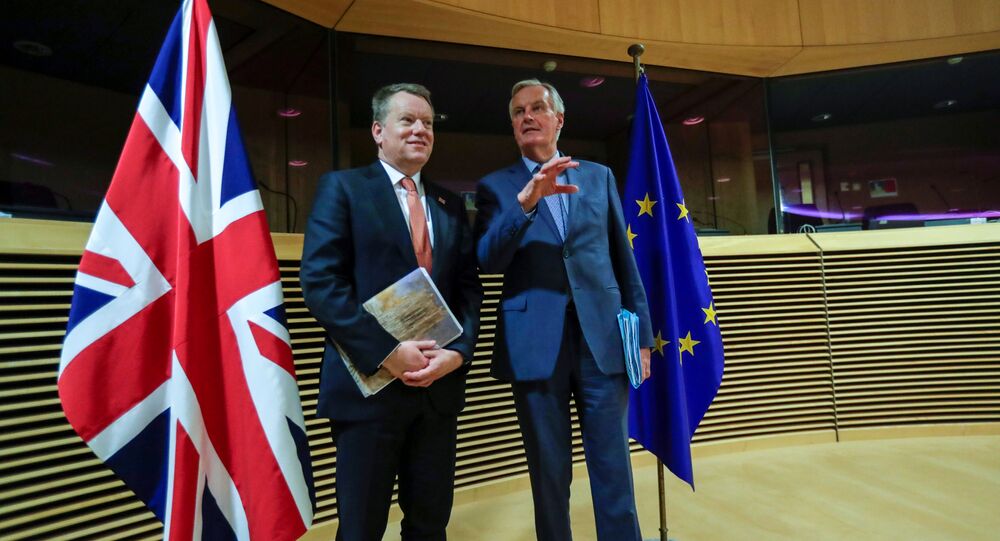 Earlier in the day, Cabinet Office Minister Michael Gove said that the EU should recognise the UK as a sovereign equal in order to reach a deal.

"Overall, at this moment in negotiations, what is on offer is not a fair free-trade relationship between close economic partners, but a relatively low-quality trade agreement coming with unprecedented EU oversight of our laws and institutions," Frost said in a letter to his EU counterpart Michel Barnier, according to the agency.

Earlier on Tuesday, Cabinet Office Minister Michael Gove updated the House of Commons on the UK talks with the EU, saying that Brussels had not been flexible enough during the negotiations and calling on the EU to recognise the UK as a sovereign equal in order to reach a deal.

The UK and the EU have had three rounds of trade talks and another round is planned for 1 June.

London is seeking free trade agreements with countries around the globe after having its trade policy governed for decades by the EU.

After leaving the EU on 31 January, Britain continues to follow the EU's tariff programme during a transition period which is due to end on 31 December 2020.