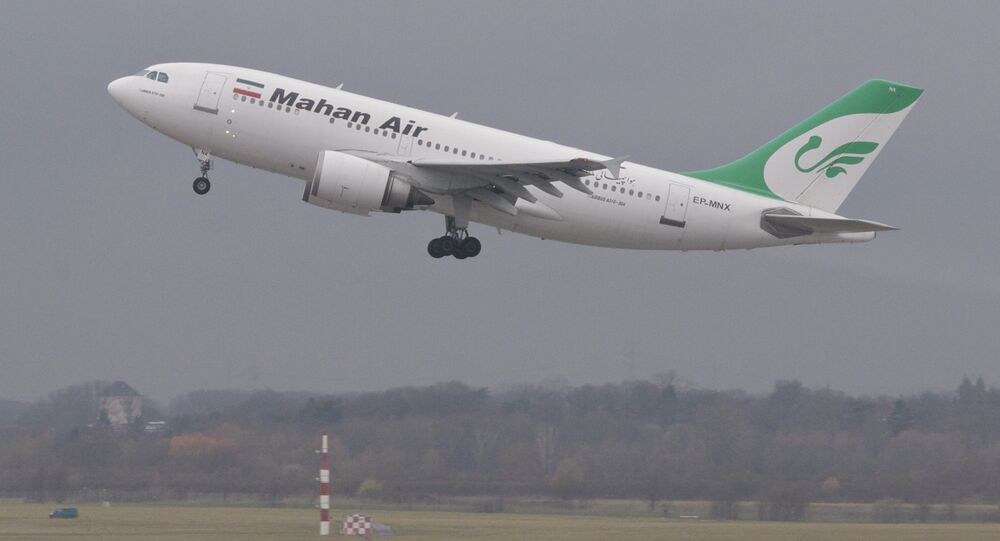 US Sanctions Chinese Logistics Firm for Working With Iranian Airline

WASHINGTON (Sputnik) - The United States introduced sanctions against a Chinese logistics company for providing services to Iran's Mahan Air, the Treasury Department announced in a statement on Tuesday.

"Today, the US Department of the Treasury’s Office of Foreign Assets Control (OFAC) is designating China-based Shanghai Saint Logistics Limited for acting as a general sales agent (GSA) for or on behalf of Iranian airline Mahan Air," the release said.

According to the US Treasury, this is the seventh designation of a GSA to Mahan Air since 2018. The release added that Mahan Air is designated under counterterrorism authorities for providing support to Iran’s Islamic Revolutionary Guard Corps-Qods Force (IRGC-QF), as well as under a counter proliferation authority that targets weapons of mass destruction proliferators and their supporters.

Mahan Air was sanctioned by the US Treasury Department in October 2011. According to the US Treasury, the airline routinely transports fighters and equipment to Syria in order to support the government of Syrian President Bashar Assad.

In mid-2018, the US reimposed crippling economic sanctions on Iran that were waived under the 2015 Iran nuclear deal, after accusing Tehran of breaching what is also known as the Joint Comprehensive Plan of Action (JCPOA).

The re-imposition of US sanctions came as President Trump announced Washington’s unilateral withdrawal from the Iran deal, in what prompted Tehran to start suspending some of its JCPOA obligations in May 2019.