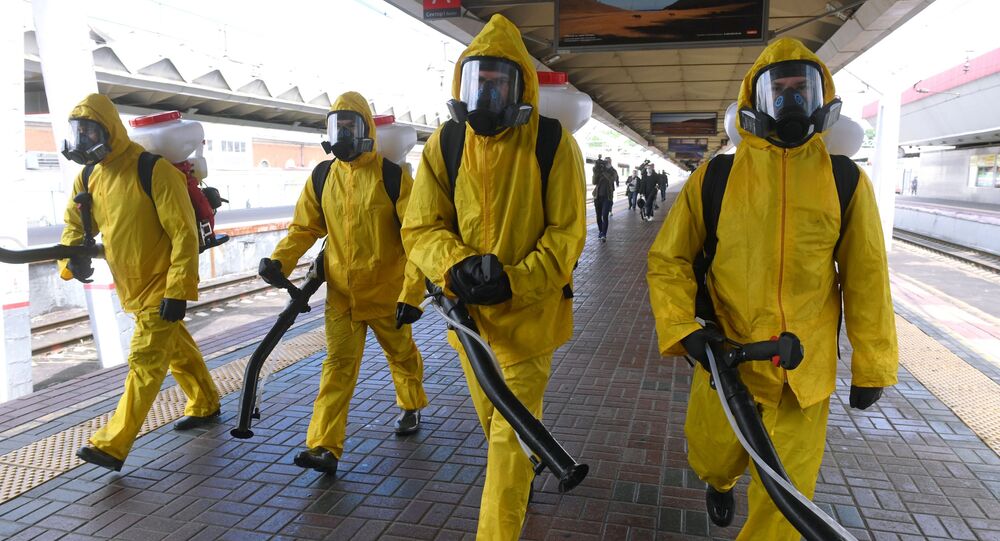 MOSCOW (Sputnik) - Head of Moscow Heathcare Department Alexey Khripun has approached The New York Times to challenge the accuracy of an article published earlier which claimed that the Russian capital had omitted some 1,700 coronavirus-related deaths from the official statistics, and the newspaper published his letter as an opinion on Tuesday.

"The Moscow authorities published April mortality statistics in early May. Some news organizations compared monthly figures for deaths and assumed that the increase reflected the number of Covid-19 deaths. But the figures alone do not disclose the cause of death and vary widely in any event," Khripun wrote in the letter.

According to the official, Moscow health authorities perform an autopsy in every single case and are, therefore, confident in the accuracy of their data. In particular, Khripun insisted on that only 639 of a total 11,846 deaths recorded in Moscow this April were attributable to COVID-19.

But even if they all were attributed to the coronavirus, Moscow's death rate from COVID-19 would still be lower than those of New York and London, as noted by Khripun.

"An increase in mortality rates is natural with an increase of acute respiratory viral infections, which aggravate the underlying illnesses. Other countries show similar statistics, with the death rate from Covid-19 being lower than the overall increase in the death rate," the health official said.

Khripun concluded the letter by conveying Moscow's readiness to share its experience of battling the infection with both Russian and foreign experts.

The original article, coupled with another similar one published by Financial Times approximately at the same time, has triggered fury in Russia. These releases were taken as a concerted effort aimed at undermining the credibility of data provided by the Russian government.

On 12 May, NYT released an article titled "A Number Defies Propaganda: 1,700 Extra Deaths in Moscow" in which the author looks at the mortality rate in Moscow in April over the past five years to derive the average and claim that it is 1,700 fewer than the number of deaths recorded in April of this year. According to Khripun, the article "failed to take into account the position of the Moscow city government."

The lower house of the Russian parliament tasked the Foreign Ministry with taking appropriate punitive measures, up to stripping off the accreditation of The New York Times and Financial Times. Russian Foreign Ministry spokeswoman Maria Zakharova said that the ministry sent letters to their chief editors requesting an official rebuttal.