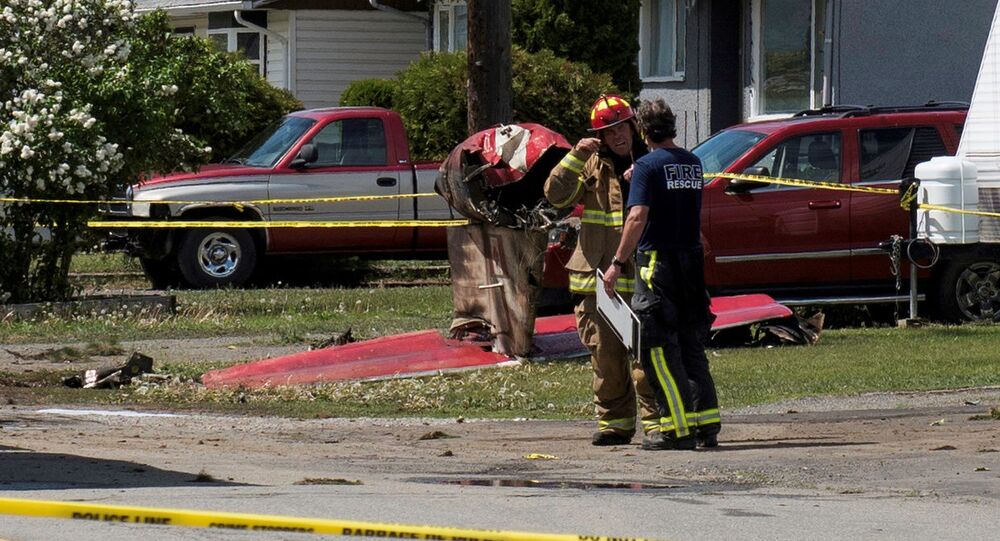 The RCAF CT-114 Tutor aircraft was deployed on Operation INSPIRATION, a cross-Canada air tour to lift spirts amid the novel coronavirus pandemic, at the time of the crash.

“As of now, Operation INSPIRATION is postponed until further notice and the entire Snowbirds fleet is on an operational pause,” French said on Monday evening.

French noted that that the cause of the crash is under investigation.

The military jet went down in a residential neighborhood near Kamloops, British Columbia on Sunday afternoon.

The Snowbirds - officially the 431 Air Demonstration Squadron and based in CFB Moose Jaw in Saskatchewan - is a military air show squadron and is known as an important part in the Canadian Armed Forces’ recruitment efforts.

The Snowbirds have been involved in a number of incidents since the squadron’s first show in the 1970s with now nine fatalities.

The operational safety of the squadron has come into question in the past, with a Canadian Forces College report in 2017 expressing concern about the nearly 60-year-old aircraft.

Russian Su-35 Jet Performs Aerobatics in the Skies Over Istanbul