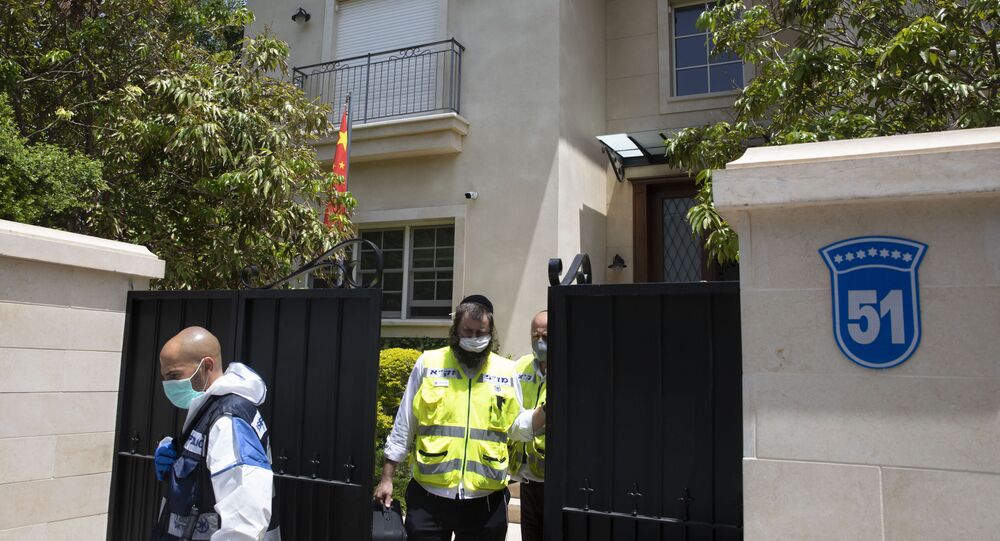 China Abandons Plan to Investigate Death of Its Ambassador to Israel, Media Claims

Du Wei, who previously served as China’s ambassador to Ukraine from 2016 to 2020, was found dead at his home in Israel on 17 May. His sudden death has led to conspiracy theories, as it comes amid a war of words between the United States and China. A preliminary assessment found that he died of a cardiac arrest.

China has abandoned its initial plan to send a special team to Israel to investigate the death of Ambassador Du Wei, The Jerusalem Post reported. However, this has not been officially confirmed by the Chinese authorities, while the South China Morning Post reported that Beijing would carry on with its plans which it announced a day earlier.

Zhao Lijian, spokesman for the Chinese Foreign Ministry, reiterated a previous statement that Du, 57, died unexpectedly from natural causes. "We are deeply saddened by the death of Ambassador Du and would like to extend our deepest condolences to his family. The Ministry of Foreign Affairs is currently conducting the follow-up work", spokesman Zhao said, according to the paper.

Israeli media reported that the ambassador’s body would be flown to China on Wednesday following a memorial ceremony, which will be attended by senior Israeli officials. The newspaper Globes said that Deputy Ambassador Dai Yuming would assume Du’s post in the near future.

The initial investigation revealed that there were no signs of violence and that Du likely died because of a cardiac arrest. Nevertheless, the envoy’s death has led to conspiracy theories, as it comes amid heightened tensions between the United States and China. Two days before his death, the ambassador condemned statements made by US Secretary of State Mike Pompeo.

The top US diplomat visited Israel last week and criticised China’s investment in Israel as well as accused Beijing of hiding information about the coronavirus outbreak. The statement echoed remarks made by President Trump, who lashed out at Beijing, claiming that it had allowed the virus to spread and that COVID-19 was accidentally released from a lab. China has categorically dismissed the accusations.

Following Pompeo’s visit, the Chinese Embassy in Israel released a statement that branded the US accusations as "absurd". The statement said that China hopes that its "Jewish friends" would succeed not only at eradicating the coronavirus, but also the "political virus", noting that historically a "pandemic is accompanied by conspiracies and the dark mentality of seeking scapegoats".