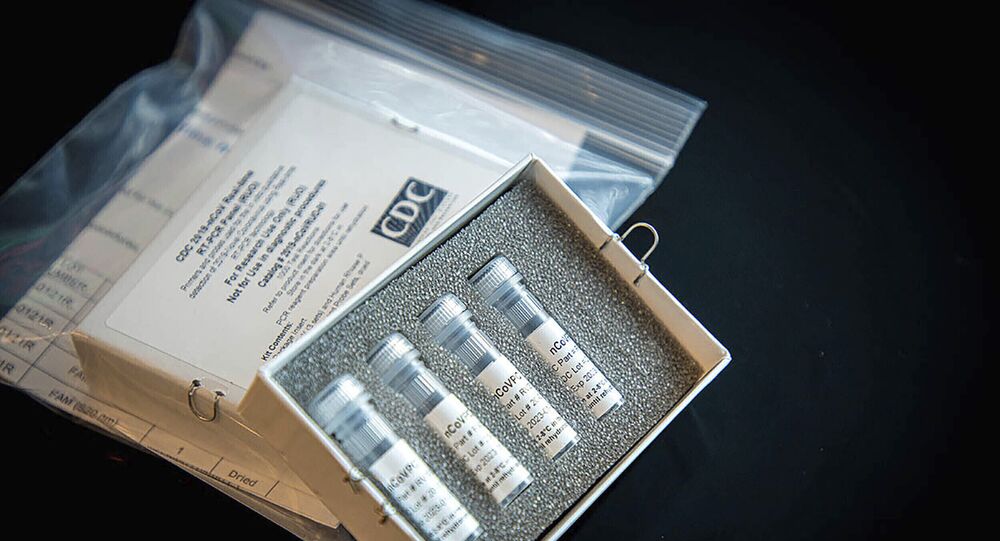 Last week, the World Health Organisation (WHO)’s principal legal officer Steven Solomon said that the WHO chief has no mandate to invite Taiwan to join this month's key summit, the World Health Assembly, given a divide over the matter among member states.

The US has warned the World Health Organisation (WHO) that its exclusion of Taiwan from a coronavirus assembly may result in serious public health issues during the ongoing COVID-19 crisis.

In a recent letter to WHO director-general Tedros Adhanom Ghebreysus, the US also called on its major allies Canada, Australia, France, Germany, New Zealand, Britain, and Japan to make the organisation give Taiwan observer status at the WHO’s World Health Assembly (WHA) gathering scheduled for later today.

"Diseases know no borders. We urge your government to join us in addressing the pressing issue of Taiwan's inclusion in the global health and safety organisation. Given what the world has endured as a result of COVID-19, UN member states joining together to insist Taiwan be invited to the upcoming virtual WHA session in May 2020 is the right place to start", the letter read.

In the document, the US and its allies warned that Taiwan's isolation from the international health community "not only presents a serious public health concern, but also is an obstacle that hampers ongoing and future efforts".

The letter also argues that the world community is "harmed" when important health information is not allowed to "flow freely and easily".

Expressing regret about the WHO's decision to exclude Taiwan from its assembly, the document touts the East Asian nation as a responsible player who has scientific and technical expertise "that could help save lives around the world".

The letter came after the WHO's principal legal officer Steven Solomon said last week that "member states, and only member states, determine the policies of the organisation at those meetings [like WHA], make the final decision on what they will discuss and they themselves determine who attends as observers; to put it crisply, director-generals only extend invitations when it's clear that member states support doing so".

He pointed out that the current situation is far from that, adding, "instead of clear support, there are divergent views among member states, and no basis, and therefore no mandate for the [director-general] to extend an invitation".

Beijing strongly opposes Taiwan's bid for WHO observer status, seeing it as a violation of the "One China" principle because it continues to view Taiwan as a breakaway province.

Meanwhile, a report by the US-China Economic and Security Review Commission, a congressional agency that advises on the national security implications of trade with Beijing, claimed that Taiwan's exclusion from a WHO gathering was "jeopardising global health".

The report recalled that Taiwan had only 440 confirmed coronavirus cases, which the document said was a "stunningly low" number in a population of 23.6 million.