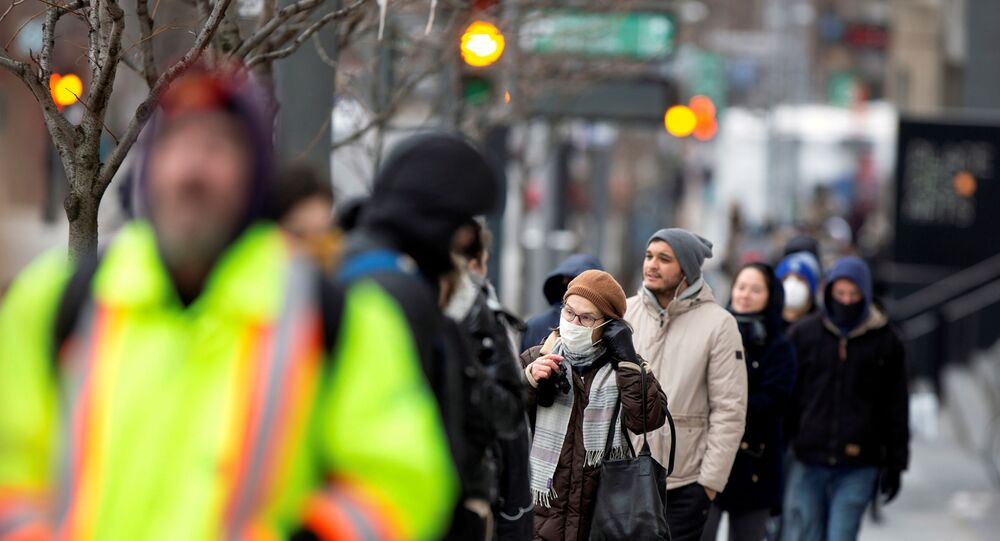 "Today, we are announcing $450 million [US$318.59 million] to help researchers and research institutions bridge to better times", Trudeau said during the daily briefing on the novel coronavirus pandemic.

The prime minister said the money will go toward wage support in academia and will be distributed through federal granting agencies.

As part Canada’s Economic Response Plan, the Trudeau government has earmarked $107.50 billion in direct stimulus measures as the economy will likely remain beset by the measures implemented to fight the pandemic in the coming months.

The number of Canadians who have contracted the novel coronavirus increased by 1,050 to 73,829, Public Health Agency data revealed on Friday.

Trudeau also announced that the government’s wage subsidy programme will be extended until the end of August.

"This morning, I can confirm that we will extend the Canada Emergency Wage Subsidy by another three months to the end of August", Trudeau said during the daily novel coronavirus pandemic briefing.

The prime minister sidestepped questions about the extension of the Canada Emergency Response Benefit – a $354 weekly benefit for workers who have had their income streams affected by the COVID-19 pandemic – which some have suggested demotivates workers from returning to work. So far only $2.38 billion out of the allotted $51.78 billion programme have been distributed to businesses.

The Canada Emergency Wage Subsidy is also being extended to registered Canadian amateur athletic associations and journalism organizations, as well as private colleges, schools, and other entities.

Under the government’s Emergency Wage Subsidy programme, businesses that have seen revenues drop by at least 15 percent in March and 30 percent onward can apply to receive 75 percent in wage subsidies to keep employees on payroll while much of the economy remains paralyzed.

According to government data, employers have filed 132,481 applications for the programme. The programme is expected to provide compensation to nearly 1.7 million workers.

© AFP 2020 / Emma McIntyre
Canada's Ontario to Reopen Outdoor Spaces On Saturday - Premier
In total, the Trudeau government has committed $107.50 billion in direct stimulus measures as the economy will likely remain beset by the virus in the coming months. It is estimated that the programmes will push the budget deficit to $181 billion in 2020-2021 fiscal year - 12.7 percent of the GDP and the largest on record.

The World Health Organisation declared the novel coronavirus outbreak a pandemic on 11 March. To date, 4.48 million people have been infected with the virus worldwide, of which more than 303,000 have died, according to data compiled by the Johns Hopkins University Coronavirus Resource Centre.