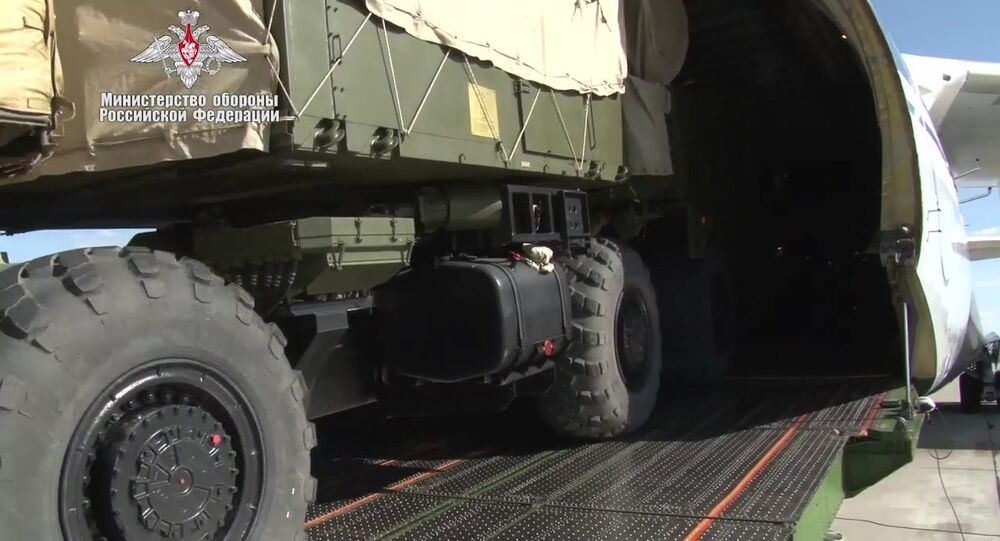 Washington has repeatedly slammed Ankara’s purchase of Russian-made S-400s, asserting that the missile systems are incompatible with NATO security standards and might compromise the operations of the new US fifth-generation F-35 fighter jets.

Retired US Admiral James Stavridis, the former supreme allied commander of NATO, has described the Washington-Ankara row over Turkey’s upcoming deployment of the Russian-made S-400 missile defence system as “a disagreement between friends”.

“I continue to be the strongest supporter imaginable of Turkey and its role in the alliance. It is nonsense to speak about this as a potential reason that Turkey would leave the alliance”, Stavridis said in a statement on Thursday that came as part of a discussion hosted by the Washington-based Turkish Heritage Organisation.

He underlined that Turkey will continue to be a “central actor in the NATO alliance”, adding that Washington’s “view of this [the S-400 deployment] is we were probably late to come to Turkey with an acceptable alternative of a US system”.

The former NATO commander also pointed out alleged increasing Russian activity on the alliance’s borders, expressing hope that Turkey, “because they are closer to Russia than most of the other NATO nations, can have a positive role in finding the zones of cooperation” which could contain tensions.

“At first, Turkey knocked on the door of the United States, an ally, to procure the Patriot [missile] system but they offered an astronomical price, more than double of the S-400”, Isik said, referring to Ankara’s purchase of the Russian air defences worth about $2.5 billion.

He called the situation “a hot potato with Turkey and the United States” rather than "between Ankara and NATO”, adding that “as a last option, really, we went to Russia”, especially given that the US Patriot proposal did not include updated training and technology, as well as a guarantee of Senate approval for the sale.

Isik referred to Turkey offering a joint technical team to “eliminate all the concerns of the United States and then activate the S-400 in order to avoid all the risks and the concerns” related to the system’s deployment. According to him, Ankara and Washington have a “very good and strong” alliance.

At the same time, he underscored that Russian-Turkish relations don’t pose a threat to the North Atlantic alliance.

“Turkey is a loyal member of NATO, and I’m sure it will remain this, but Russia is our neighbour. You can choose your friends, your alliance, but not your neighbours”, the former Defence Minister emphasised.

He made the remarks after President Recep Tayyip Erdogan's spokesman Ibrahim Kalin told an online NATO meeting in late April that Turkey's deployment of the S-400 systems had been delayed due to the COVID-19 outbreak but that it “will move forward as was planned”. Erdogan earlier pledged the S-400 would enter service in Turkey before the end of last month.

US, Turkey at Loggerheads Over S-400

Deliveries of the sophisticated S-400 missile defence systems to Turkey, which caused a crisis in Washington-Ankara ties, kicked off in July 2019.

The White House demanded that Turkey cancel all purchases of the Russian-made systems, saying that it expected Ankara to purchase the US-made Patriot interceptor missiles instead and threatening to delay or cancel any deliveries of F-35 fighter jets. Turkey has refused to make concessions, with Erdogan stressing that the S-400 agreement is a “done” deal.

The US has consistently objected to Turkey acquiring the S-400 which Washington claimed was incompatible with NATO security standards and might hamper operations of the American fifth-generation F-35 stealth fighter.