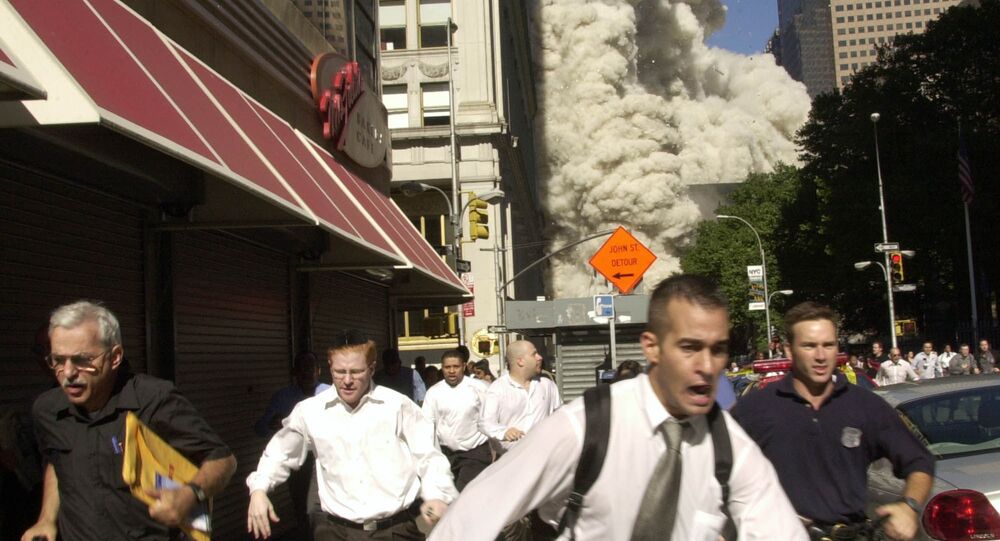 Over a generation after a group of al-Qaeda* terrorists killed nearly three thousand Americans in a series of coordinated attacks on the World Trade Center, the Pentagon and a hijacked airliner that crashed in Pennsylvania on route to Washington, D.C., questions continue to swirl regarding who else was behind the acts of terror.

The Federal Bureau of Investigation ‘accidentally’ disclosed the name of a Saudi diplomat accused of providing assistance to two of the al-Qaeda* hijackers who rammed a plane into the Pentagon on September 11, 2001,Yahoo News has reported, citing a new court declaration filed by a senior FBI official as part of an ongoing lawsuit by families of victims who accuse Riyadh of complicity in the attacks.

The FBI official, Jill Sanborn, assistant director of the FBI’s counterterrorism division, filed the 40-page declaration in April, with the filing unsealed last week. The name of the Saudi diplomat in question – one Mussad Ahmed al-Jarrah, a mid-level foreign ministry official tasked with overseeing employees at US-based Saudi-funded mosques and Islamic centers, was redacted throughout the document in all but one instance.

Jarrah, who has gone on to serve in Saudi diplomatic missions in Malaysia and Morocco, is one of three Saudi officials whom the families of the victims of 9/11 suspect of involvement in the terror plot. The others are Fahad al-Thumairy, a Saudi Islamic affairs official and cleric serving at the King Fahd Mosque in Los Angeles, and Omar al-Bayoumi, a suspected government agent provided cash and bank accounts to two of the terrorists.

Brett Eagleson, a spokesman for the 9/11 families suing the Saudi government, whose own father died during the attacks, said he was surprised by the FBI’s apparent mistake, describing it as “a giant screwup.”

According to Eagleson, the filing, which confirms an FBI probe into a possible link between the hijackers and the Saudi diplomatic mission in Washington, “shows [that] there is a complete government cover-up of the Saudi involvement…It demonstrates there was a hierarchy of command that’s coming from the Saudi Embassy to the Ministry of Islamic Affairs [in Los Angeles] to the hijackers,” he said.

Justice Department officials did not comment on the leak, but inadvertently confirmed that the filing was made in error, pulling the declaration from the public docket and replacing it with a statement reading “The document was incorrectly filed in this case.” The filing remains available on Scribd.

The leak comes just weeks after the move by the Justice Department to block the release of a trove of documents about the 9/11 terror attacks, warning that the documents would expose state secrets that could damage US national security.

In a deposition to the US District Court for the Southern District of New York last month, Acting Director of National Intelligence Richard Grennell explained that the “assertion of privilege” in relation to the documents in question “is over highly sensitive and classified national security information concerning foreign government information; intelligence activities, sources and methods; and information concerning foreign relations and foreign activities of the United States, including confidential sources.”

Grennell suggested the release of the information could lead to “exceptionally grave damage to the national security of the United States,” without elaborating.

9/11 families’ attorneys blasted Washington’s decision at the time, with lawyer Steven Pounian speculating that “the extraordinary lengths that they’re going to here suggest that there must be some deep, dark secret that they’re still trying very hard to hide after almost 20 years.”

Officials in Riyadh have repeatedly rejected any implication of a connection between the Saudi government and the al-Qaeda hijackers. In January, a spokesman told The New York Times that “Saudi Arabia is and has always been a close and critical ally of the US in the fight against terrorism.”