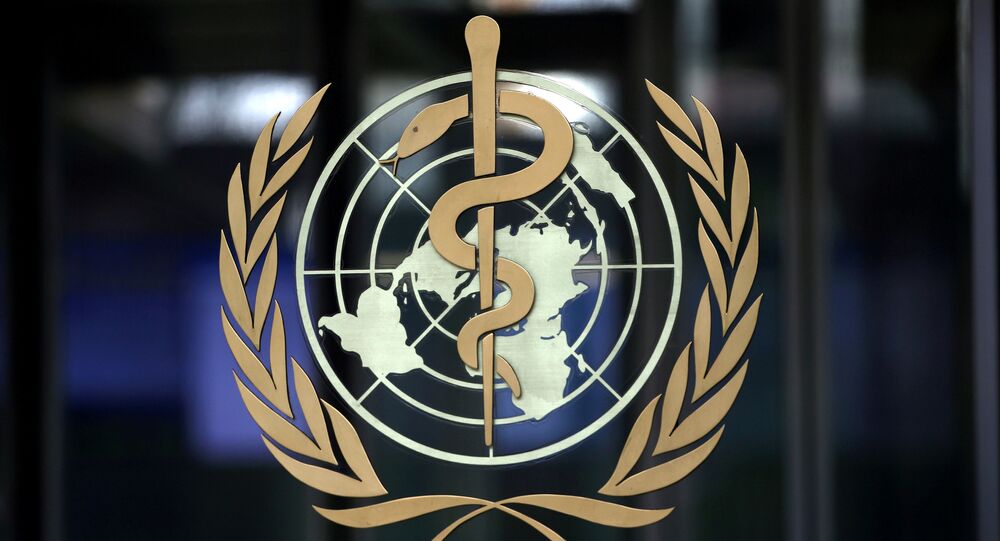 The CIA is the second Western intelligence agency to accuse China of trying to cover up the gravity of the coronavirus outbreak. Last week, German media reported that the federal intelligence service believes Xi Jinping had personally attempted to keep the world unaware of human-to-human virus transmission. Both China and the WHO deny a cover-up.

A CIA report claims that China had tried to stop the World Health Organisation from issuing a global warning on the coronavirus, according to Newsweek.

Although the assessment hasn't been published, its contents were confirmed to the outlet by intelligence officials. It allegedly holds that China threatened to stop working with the WHO's coronavirus investigation if the agency declared the outbreak a public health emergency of international concern (PHEIC).

The WHO refused to comment on specific discussions with member states, but maintained in a statement to Newsweek that it "bases its recommendations on science, public health best practices, evidence, data, and the advice of independent experts".

It comes as the Trump administration is accusing China of covering up the severity of the outbreak at its early stage — allegedly to carve out some time for stocking up on medical supplies — and of releasing the deadly coronavirus from a lab in Wuhan, the epicentre of the pandemic. China flatly rejects the charges and maintains that it has been transparent about the virus at all times.

The CIA's accusations mirror a recent report in the magazine Der Spiegel, which cited Germany's foreign intelligence service as stating that Chinese President Xi Jinping had personally pressured WHO chief Tedros Adhanom Ghebreyesus to suppress news about the outbreak.

It was claimed that in a 21 January conversation, President Jinping had told Ghebreyesus to withhold information on human-to-human transmission of the virus and delay any declaration of a pandemic. CIA officials who spoke to Newsweek did not say whether they suspected that Xi had tried to pressure the WHO.

WHO and China push back

The organisation has already debunked Der Spiegel's report and pointed to several inconsistencies in it. For instance, China publicly confirmed that the virus passes person-to-person on 20 January, before the alleged conversation, and the WHO confirmed that just two days later, after its experts visited Wuhan.

WHO spokesman Christian Lindmeier cast more doubt on that story, telling Newsweek that Ghebreyesus did not speak with Xi on 20, 21, or 22 January. He said that they only met on 28 January, but did not bring up the announcement of a PHEIC. The Chinese Foreign Ministry likewise said on Monday that there was no conversation between the two on 21 January.

A PHEIC warning (a different procedure from the declaration of a pandemic) is issued when an outbreak poses a risk to more than one country and requires a coordinated international response. It triggers various public health measures, including calls for increased funding and resources to contain its international spread, as well as recommendations on trade and travel.

The WHO assembled the Emergency Committee on 22 and 23 January to discuss such a declaration, but its experts — who already had evidence of human-to-human transmission — concluded that the outbreak did not constitute a PHEIC at the time. It was on 30 January that a global warning was finally issued.