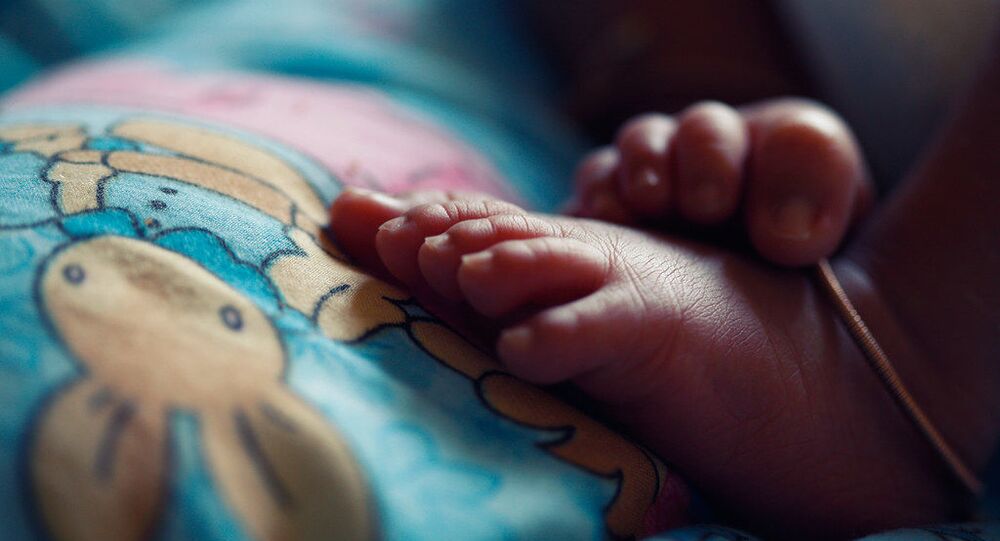 New Delhi (Sputnik): Over 12 million female babies have been aborted in India, according to a study by medical journal The Lancet and at least 2,000 girls are "killed every day" in the country according to the minister for women and child development.

A woman who gave birth to a third baby girl was abandoned by her husband at the hospital in the Indian state of Odisha.

Chaitanya Bhainsal was eagerly waiting outside the labour room of a local hospital where his wife was to deliver their third child. But his excitement soon turned into dismay when the nurses revealed the child's gender, saying: “It's a girl”, reported Hrushikesh Mishra, a member of Dharamgarh Subdivisional Hospital Development Committee (DHDC), Odisha.

While sons are still considered as a prized possession, Himadri Bhainsal from Odisha's remote village was punished for delivering third girl child and denied entry into the house by her husband.

Shortly thereafter, Bhainsal abandoned his wife and the newborn at the hospital.

The woman had to discharge herself from the hospital, as she found there was nobody from her in-laws to help her return home. She ended up having to walk home.

The woman, however, was not allowed to enter the house as she returned with the newborn baby, the third girl of the family. She was forced to spend the night outside the house with her baby-girl despite the ongoing danger of the coronavirus pandemic.

Only after media and people from neighbouring villages gathered outside the house the next day, did the father let her and their daughter in, fearing repercussions.

In most parts of India, the women face pressure to give birth to a male child due to a preference for sons, coupled with the financial burden of raising a girl.

While sex-selective abortions are illegal in India, several female foetuses are still killed or when born, left abandoned on the streets.

According to the 2011 census, there are only 943 females for every 1,000 males in India. The skewed sex ratio has compelled the government to launch a "Beti Bachao, Beti Padhao" (Save Daughters, Educate Daughters) drive.