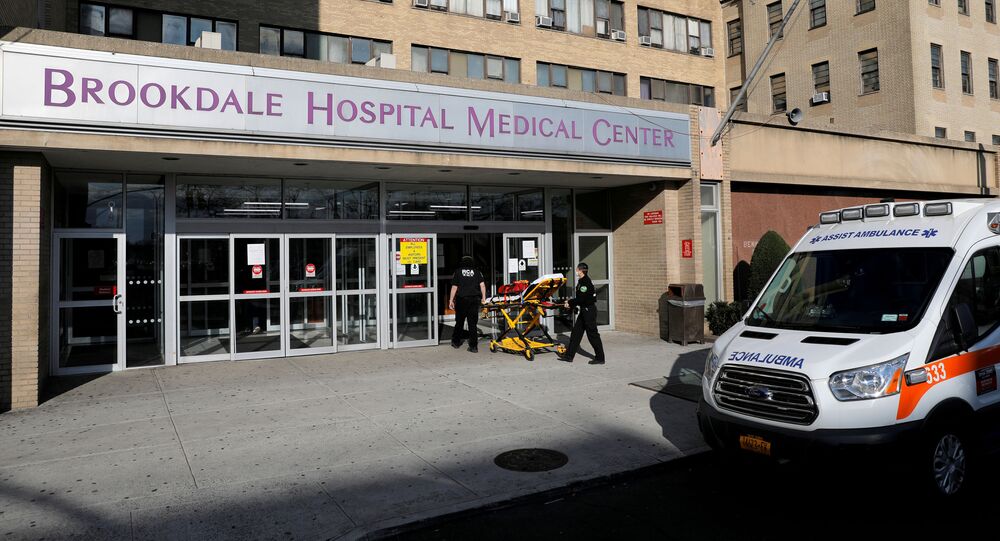 The states of New York and New Jersey earlier received ventilators from Russia as a form of aid to help the country fight the novel coronavirus pandemic.

New York and New Jersey, out of an abundance of caution, will return Aventa-M ventilators the United States received from Russia last month, after reports that ventilators of the same model could have been a cause of the deadly fire in Saint-Petersburg, Federal Emergency Management Agency (FEMA) spokeswoman Janet Montesi said on Tuesday.

Russia's Ministry of Emergencies said earlier in the day the fire at St. George Hospital in St. Petersburg could have been caused by a ventilator in an intensive care unit treating COVID-19 patients.

The United States purchased medical supplies from Russia, including ventilators and personal protection equipment, after the 30 March telephone call between Presidents Donald Trump and Vladimir Putin.

Earlier in the day, White House Press Secretary Kayleigh McEnany told reporters she just learned about and did not have any comments on the hospital fire in Russia possibly caused by a ventilator similar to some that were shipped to the United States.

Ministry of Emergencies told Sputnik on Tuesday the fire could have been caused by a short-circuit failure. At least five people were killed in the affected intensive care unit and as many as 150 patients and staffers were evacuated.

The Russian Investigative Committee said it was launching a criminal probe into the incident.