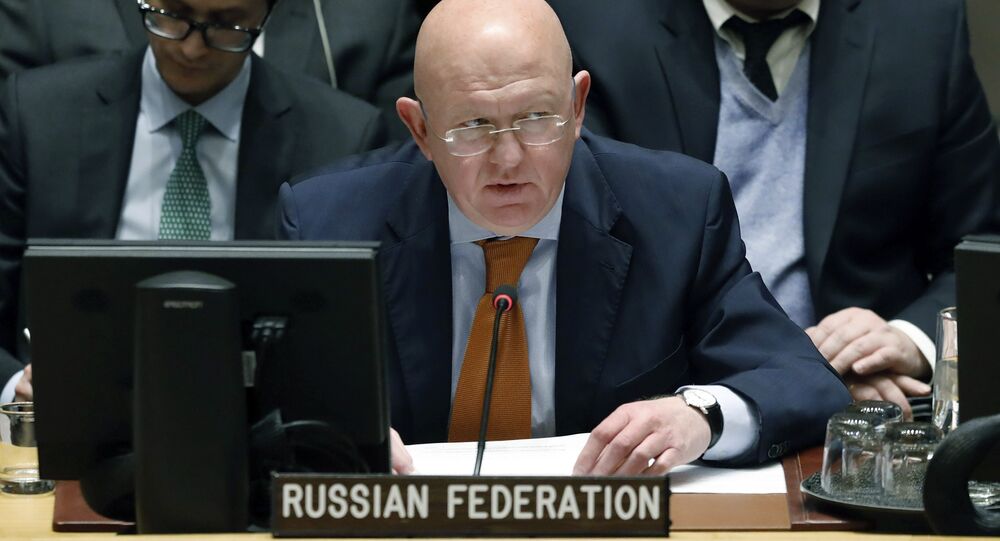 UNITED NATIONS (Sputnik) - Russia is conducting its own investigation into alleged chemical attacks in Syria and will share its conclusions with the world, Russian Permanent Representative to the United Nations Vassily Nebenzia told reporters on Tuesday.

“We are conducting our own expert investigation and we will share its results with you and international community", Nebenzia said during a video briefing.

In late April, the Russian Foreign Ministry said the Organisation for the Prohibition of Chemical Weapons (OPCW) had sacrificed its reputation to serve the West's geopolitical ambition in Syria, after the body published the first report of its newly created investigation and identification team two weeks ago, blaming the alleged chemical attacks in the Syrian town of Al Lataminah in Hama province in March 2017 on the country's government.

Russia argued that the investigative body had been set up in violation of the Chemical Weapons Convention. Only the UN Security Council has the right to apportion blame for chemical attacks.

The Syrian Foreign Ministry has slammed the OPCW document as fabricated, adding that it is based on materials provided by Hayat Tahrir al-Sham (formerly known as Al-Nusra Front*, an offshoot of Al-Qaeda*).

*Al-Nusra Front, Al-Qaeda are terrorist organisations outlawed in Russia and many other states.