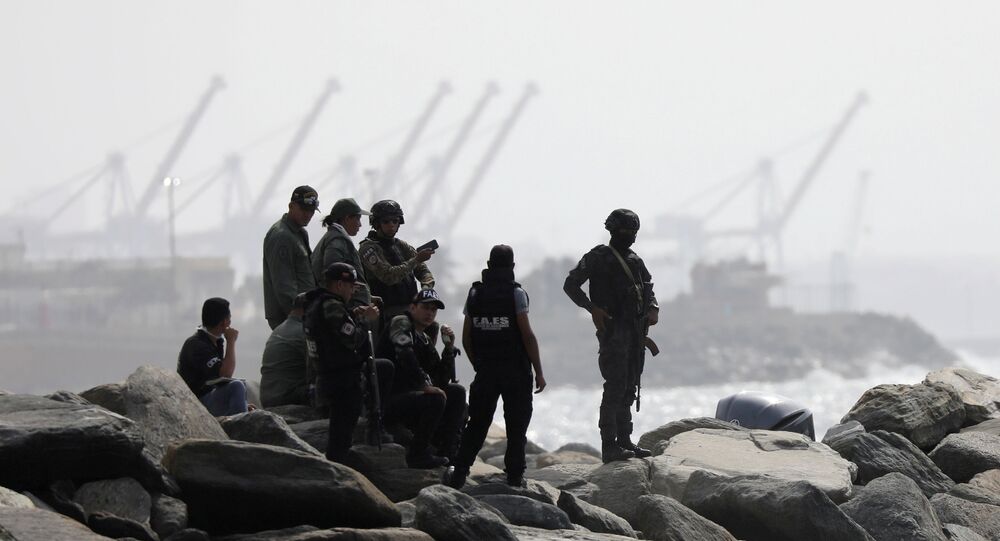 MOSCOW(Sputnik) - Russia will consider Venezuela's request for help in investigation of a naval incursion if it receives such request, Russian Foreign Minister Sergei Lavrov said on Tuesday .

"We and other countries provide humanitarian assistance to Venezuela, including medicines. With regard to other forms of cooperation, to answer your question on the investigation of the invasion of Venezuela by mercenaries tasked with sabotage, terrorist attack and overthrow of the legitimate president, our special services are in contact, and if there is a request, based on relevant agreements, for such assistance in such cases, of course, it will be considered," Lavrov said at a press conference after the meeting of foreign ministers of the Commonwealth of Independent States (CIS).

On 3 May, Venezuelan Interior Minister Nestor Reverol said an attempted maritime invasion by Colombian militants had been prevented as they tried to approach the northern state of La Guaira on speed boats. Eight militants were killed, and several others were detained in the counter-operation. One of the detained individuals, US national Luke Denman, who works for Silvercorp USA, said during an interrogation that the group's aim was to seize the Caracas airport and control it until Venezuelan President Nicolas Maduro would be flown to the United States.

In turn, Colombia denied any involvement in the failed boat invasion, with the country’s Foreign Ministry saying in a statement on 3 May that the Venezuelan government was just trying to deflect attention from the "internal crisis" in the country.