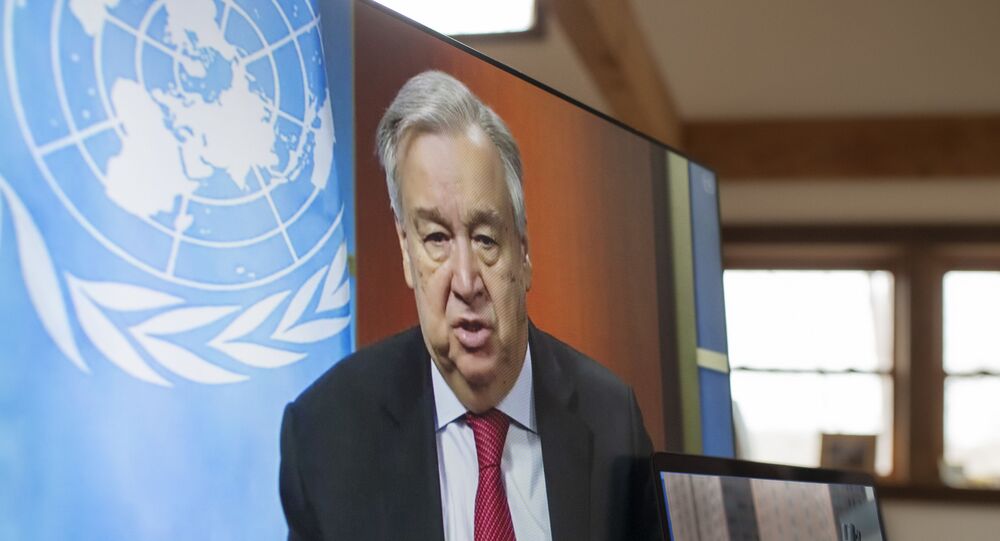 MOSCOW (Sputnik) - The international community has failed to establish a global ceasefire so that the whole world, and in particular countries plunged in ongoing conflicts, may consolidate their efforts to curb the spread of the coronavirus pandemic and save numerous lives, the Oxfam international relief group said on Tuesday.

"There has been a catastrophic failure by the international community to forge a global ceasefire in order for countries in conflict – and the world at large – to stop the coronavirus and save millions of lives," the group said in a press release.

According to the organisation's latest report, dubbed "Conflict in the time of Coronavirus," acts of aggression and fighting across the world continue despite the repeated calls from the United Nations for an immediate halt to hostilities in all countries amid the COVID-19 crisis.

Oxfam added that the situation was aggravated "by a diplomatic failure at the UN Security Council, years of weak investment into peace-building efforts, and arms continuing to flow into conflict zones." In particular, the group refers to the international community's inability to adopt a UN resolution calling for a coordinated fight against the coronavirus pandemic, which implies a global ceasefire, on which Washington refused to vote on Friday.

According to the group, millions of people who live in conflict-affected areas and countries "where health systems are crippled and hospitals bombed," are now facing a new threat posed by the pandemic to their lives. These tough conditions force many of them to flee into crowded camps where the virus can also easily spread.

"In the last year alone, the international community topped $1.9 trillion in military spending. This would have paid for the UN’s coronavirus appeal over 280 times," the press release added.

© AP Photo / Rahmat Gul
Fifteen People Killed, 56 Injured in Bomb Blast at Funeral in Afghanistan's East - Official
Among the conflict-affected countries where the ceasefire was broken and calls for peace were ignored, according to the report, are the Central African Republic, Myanmar, Yemen, South Sudan, Burkina Faso and Afghanistan.

In March, UN Secretary-General Antonio Guterres appealed for a global ceasefire to focus together on fighting COVID-19. Following his call, France and Tunisia prepared in April a document urging for increased international coordination and an immediate halt to hostilities across the world amid the COVID-19 crisis.

While a total of 114 governments supported the document and wanted to adopt the relevant resolution at the UN Security Council, the body was still unable to proceed to vote on the draft resolution, as two member states could not agree on the document's content.