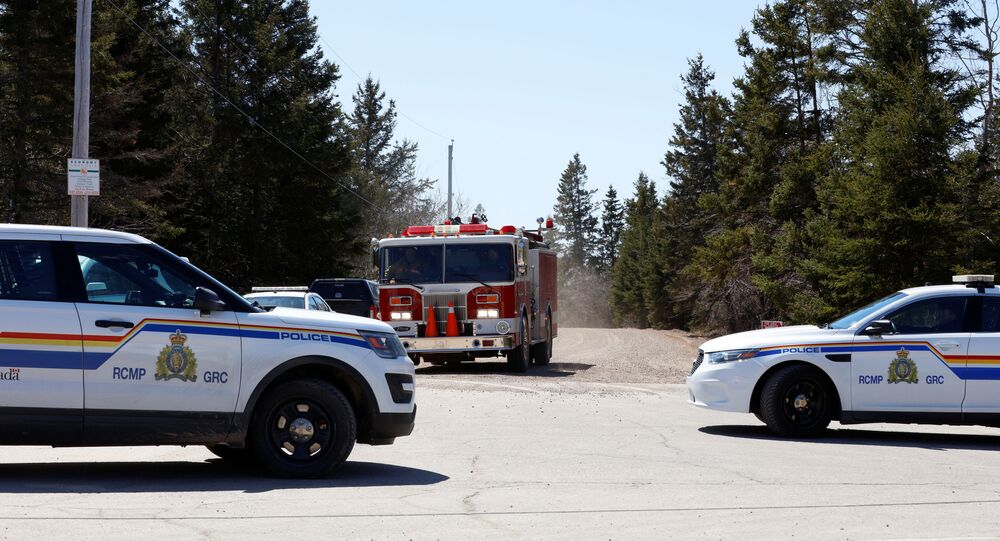 TORONTO (Sputnik) - Canadian authorities are investigating the origin of three of the firearms believed to have originated in the United States used in the deadly rampage in the province of Nova Scotia in April, the Royal Canadian Mounted Police (RCMP) said in a statement on Monday.

“The remaining guns that were recovered are believed to have been obtained in the United States. The RCMP is working with the Canada Border Services Agency on the investigation on any cross-border or border-related elements”, the RCMP said.

It is believed that the gunman did not have a gun acquisition permit in the United States, according to reports. Police are not disclosing the make and model of the weapons used, as the investigation, dubbed H-Strong, is still in the active phase.

On 18 April, the Halifax area-based denturist clad in a police uniform and behind the wheel of a mock RCMP police cruiser embarked on a violent shooting spree after assaulting a female ex-partner, who managed to escape and hid in the forest for several hours.

The deadly shooting spree left 22 innocent victims dead, including 23-year RCMP veteran Heidi Stevenson. According to the statement, the RCMP's Behavioural Analysis Unit is still looking into the motive behind the deadly rampage.