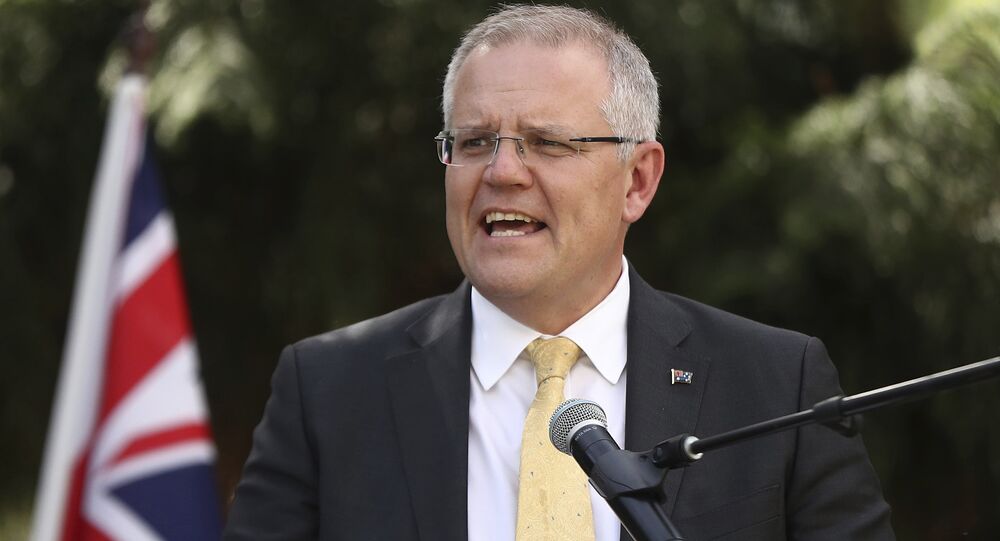 On Sunday a number of grain groups issued a joint statement over concerns that China was "potentially proposing to place tariffs on barley imported from Australia as a result of their ongoing anti-dumping and countervailing duties investigation", amid a souring of relations between the countries in the wake of the COVID-19 pandemic.

Australian Prime Minister Scott Morrison was quoted by Reuters as voicing hope on Monday that China’s decision in its 18-month enquiry into whether the country has been dumping barley into the Asian nation would be kept separate from Canberra’s call for a probe into the origins of the COVID-19 pandemic, reported Reuters.

“We would expect and hope that this issue will be determined on its merits (whether) it’s an anti-dumping issue from the Chinese perspective… They certainly haven’t raised it as connected to any other issues, and I’d be extremely disappointed if it was,” Morrison told reporters in Canberra.

A joint statement was released by several major Australian grain groups on Sunday, highlighting concerns that China is "potentially proposing to place tariffs on barley imported from Australia as a result of their ongoing anti-dumping and countervailing duties investigation".

MOFCOM’s tariff proposal allows Canberra eight days to respond before the ministry rules on the measures on 19 May 19, a source was cited by Reuters as saying on Monday.

Barley, considered one of Australia's top three agriculture exports to China, has been at the centre of dumping allegations since 2018, with both Australia’s conservative government and the continent’s grain exporters vehemently denying the accusations.

Grain Producers Australian chairman Andrew Wiedemann described the proposed tariffs as "absolutely a massive kick in the guts" to Australia.

Earlier, Wiedemann was cited by local media as believing the country had answered those allegations before the World Trade Organisation, and had not expected China to announce such measures.

While typically at least half of Australia's barely exports would be bound for China in annual turnover estimated to be worth $1.5 billion in 2018, a proposed tariff would severely impact the green continent’s producers, who have already sown their crops.

“An 80% tariff would effectively stop the trade. Australian growers would have to find an alternative market in a world that is pretty well supplied,” Phin Ziebell, agribusiness economist of National Australia Bank was cited as confirming by ABC News, warning this would open the door for US exporters.

"We will use the remaining time before China finalises its decision to continue our efforts to resolve this matter satisfactorily and will seek to uphold the integrity of our world-leading barley producers… We do not accept that there is a prima facie case, let alone a conclusive case, to find dumping by or subsidy of Australian producers," said Birmingham said in a statement.

Addressing reporters at a daily briefing in Beijing, China’s foreign ministry spokesman Zhao Lijian referred to the review of Australian barley imports as a routine case of a trade remedy investigation “in line with relevant laws and World Trade Organization regulations”.

The tariff proposal comes just two weeks after China’s ambassador to Australia warned of economic fallout for Australia in the wake of its call for an independent enquiry into the origins of the COVID-19 coronavirus.

At the end of April Australia threw its weight behind a chorus of voices, led by Washington, questioning the origins and spread of the coronavirus that emerged in the Chinese city of Wuhan late last year, and urging an international investigation.

The stance angered Beijing, which has been vehemently rejecting all accusations of wrongdoing during the pandemic, with Chinese state media branding Canberra as “gum stuck to the bottom of China’s shoe”, and kowtowing to the US and placing in jeopardy its trading partnership with China.

The US has been spearheading a swathe of criticism over Beijing’s response to the COVID-19 outbreak as slow and inadequate in its early stages, with Donald Trump subsequently stating he had seen evidence suggesting the coronavirus originated from a lab in Wuhan.

China has been emphatically rejecting all accusations levelled at it, suggesting that the US government was ignoring facts and seeking to divert public attention in an attempt to “shirk its responsibility for incompetence in the fight against the epidemic”.

Australia Says Inquiry Into COVID-19 Origins Is 'Reasonable', 'Not Targeted' at Any State