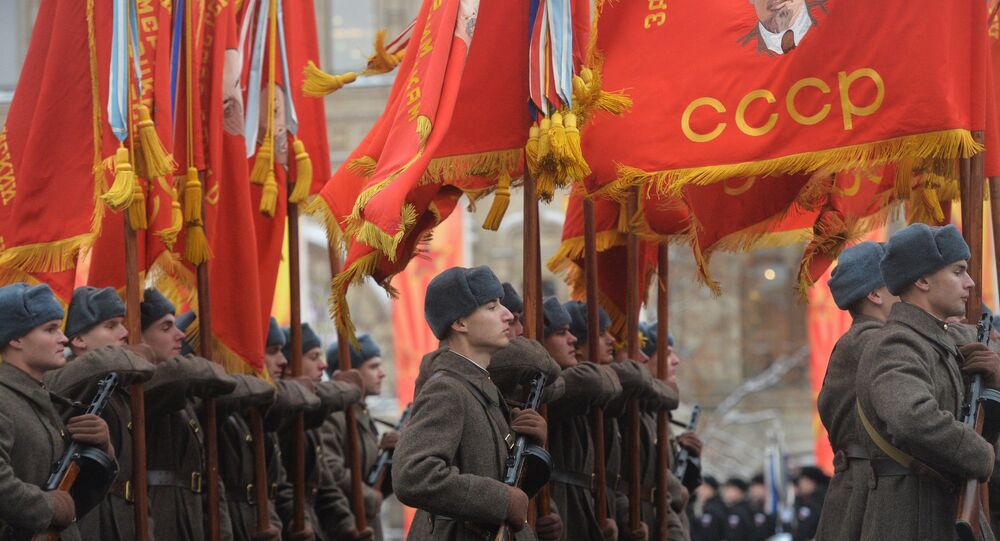 MOSCOW (Sputnik) - Attempts to rewrite history and equate the responsibility of the Soviet Union and Nazi Germany for the start of World War II are made in order to force Russia to make excuses, Russian President Vladimir Putin said.

"The desire to hold someone accountable, to put the Soviet Union and Nazi Germany on one board, is certainly projected for today and tomorrow to make Russia feel the need to make excuses for something," Putin said in the Rossiya 1 broadcaster's film War For Memory.

According to the president, those doing so are trying to put Russia "in a false position of people who should feel guilty."

Speaking about the defence of Leningrad, Putin noted that otherwise the city would have been destroyed, as Hitler publicly voiced his desire to wipe the city off the face of the earth, "destroy it totally."

"Why did they defend so fiercely? Because they wanted to survive. To survive. They wanted our country to have future, to grow children, to develop. Why would we give up [St.] Petersburg? What would be left of it?" the president said.

He emphasised that Russians should be forever grateful to the heroes of the Great Patriotic War — "grandfathers, grandmothers, our fathers, mothers, for obtaining this Victory for us, securing the future of our country and our children."

© CC BY-SA 4.0 / Lana.Banana / Lenin's Mausoleum
Lenin Was ‘a Genius Who Changed the Course of World History’, Veteran Russian Journo Says
In January, the Polish parliament adopted a resolution pinning the blame for the start of World War II equally on Germany and the Soviet Union, recognizing the Soviet troops that liberated Poland in 1944-1945 as occupying forces.

However, many historical documents prove that the Soviet Union not only did not establish its own rules in Poland but also helped revive this country on the basis of its culture and traditions.