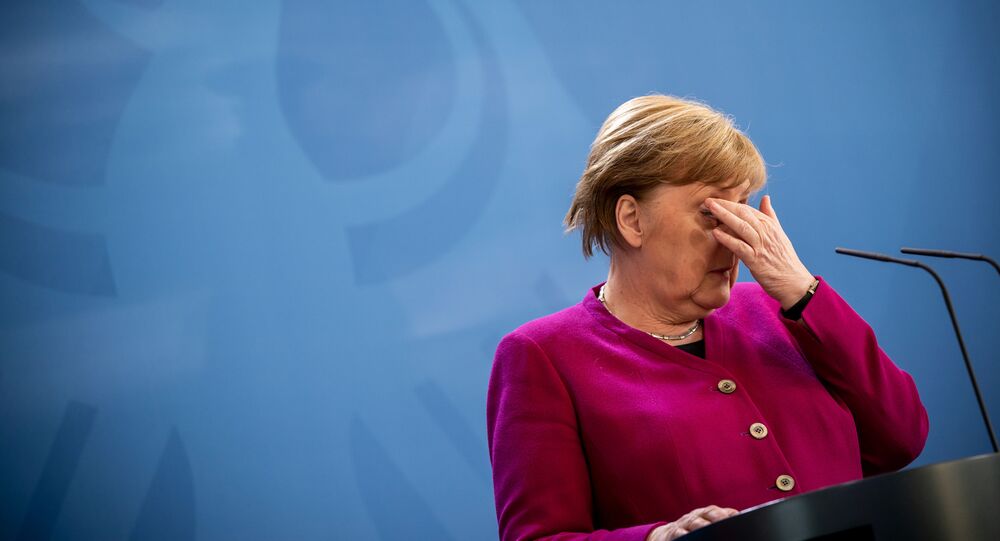 Russia has repeatedly denied allegations of Moscow’s involvement in a hacking attack on the German parliament’s servers in 2015, pointing to the absence of any relevant evidence.

The German magazine Der Spiegel published an article on Friday which claimed that a Russian hacker could have been behind an attack on servers of the Bundestag in late April 2015 that allegedly helped him gain access to computers in German Chancellor Angela Merkel's parliamentary office.

In the article, titled “How Russian hackers cracked Angela Merkel's email accounts”, the authors asserted that “it remains unclear” what exactly the computer intruder nicknamed "Scaramouche" and his accomplices managed to compromise during the hack.

According to estimates, the authors alleged, a total of around 16 gigabytes of data were hacked, including “thousands of emails from Merkel's office”.

They referred to probes conducted by the Federal Criminal Police Office (BKA), the Federal Office for Information Security (BSI), and private companies that ostensibly revealed that the attackers targeted two of Merkel’s email accounts, compromising the chancellor’s correspondence from 2012 to 2015.

After the inquiry, the investigators reportedly admitted that it “can no longer be determined with absolute certainty” how much information was hacked.

According to the authors, the hacked emails could shed light on Merkel’s personal and official environment, as well as her political decisions.

Russia has consistently rejected having any involvement in the May 2015 hacking attack on the German lower house of parliament's servers, pointing out the fact that Germany's law enforcement agencies have never provided any proof to support allegations about the hackers’ ties with Moscow that were made shortly after the intrusion took place.

No Trace of Russian Hackers

Apart from Germany, accusations against Russian hackers have repeatedly been lodged by the US and Britain, with their security officials claiming last year that a group of computer intruders tied with Russia had "hijacked" an Iranian cyber op to attack various facilities across the world. Tehran noted at the time that it had no information on Russian hackers using Iranian networks.

No trace of Russian hackers was also found when it came to Washington accusing Moscow of meddling in the 2016 US presidential election.

In 2019, an investigation conducted by then-Special Counsel Robert Mueller revealed that there was no collusion between Russia and US President Donald Trump.

Russian President Vladimir Putin, for his part, underscored in 2017 that “hackers could come from any country of the world”, but that Russia is not involved in such activities at a state level.