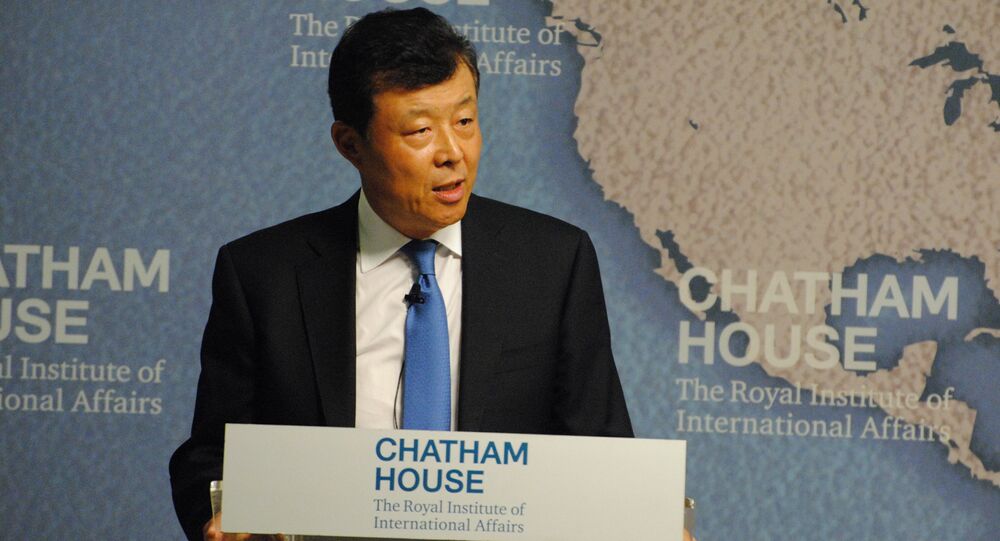 'Anti-Chinese' rhetoric would harm ties between the two nations and block international efforts to fight the ongoing coronavirus pandemic, a Chinese diplomat said in a speech on Tuesday.

British MPs promoting a "Cold-War mindset" risked poisoning Sino-UK relations and risked undermining international solidarity in the fight against COVID-19, Chinese ambassador to the UK, Liu Xiaoming said in a speech on Tuesday.

Ambassador Liu slammed comments from several UK politicians as a "political virus", adding that if such accusations went unchecked, they would "poison" joint efforts and international solidarity "just as it is needed most in the battle".

"Regrettably, a few politicians in the UK have been addicted to the Cold-War mindset. They compare China to the former Soviet Union, urge a “review” of China-UK relationship and even call for a new Cold War," he added.

​The envoy urged the international community to "stay on high alert" and denounce the remarks, including "trumpeters of fallacy" such as China being the former Soviet Union and that the Cold War had "ended for good".

Concepts such as peace and development were the "theme of our times" and a shared goal of China and the UK, he said.

The comments come after British officials, including Foreign Secretary Dominic Raab, blamed China for COVID-19 and accused Beijing of a lack of transparency on reporting the pandemic, which Chinese officials have repeatedly denied.

The ambassador tweeted: "This is the time for solidarity and cooperation. The international communities should focus on fighting #COVID19. I have confidence in China-UK partnership in this battle and long-term China-UK relationship."

The fight against the pandemic would create opportunities for both countries, including several technologies launched during the crisis such as artificial intelligence and 'cloud offices', or offices connected via telecommunications, Ambassador Liu said.

Contributions to medicine will also be key points, he said, citing a "Silk Road of Public Health" aimed at preparing for future outbreaks and boosting governance in line with the United Nations and World Health Organisation, he added.

China will also focus on free trade amid the upcoming online China Import and Export Fair in June and International Import Expo in November.

British and Chinese officials were in talks on free trade agreements post-Brexit, as the latter is the third largest export market for the UK and largest import market for China in the EU, he said.

Ambassador Liu said: "It is my hope that British businesses will seize the opportunities in China’s economy and take the lead in global economic recovery once the pandemic is over."

The comments come as Washington prepares to launch an inquiry into alleged 'mismanagement' and cover-ups by the Chinese state, with US secretary of state Mike Pompeo and US president Donald Trump indefinitely suspending funding to the WHO, despite condemnation from lawmakers.

Both top officials have levelled numerous claims against China such as leaking COVID-19 from the Wuhan Institute of Virology, covering up the pandemic and using Chinese tech giant Huawei to potentially spy for the Chinese government.

Beijing and Huawei have repeatedly and sharply denied the allegations and urged US officials to provide evidence. The WHO has urged US officials not to 'politicise' the pandemic and called on Washington to cooperate in international efforts.