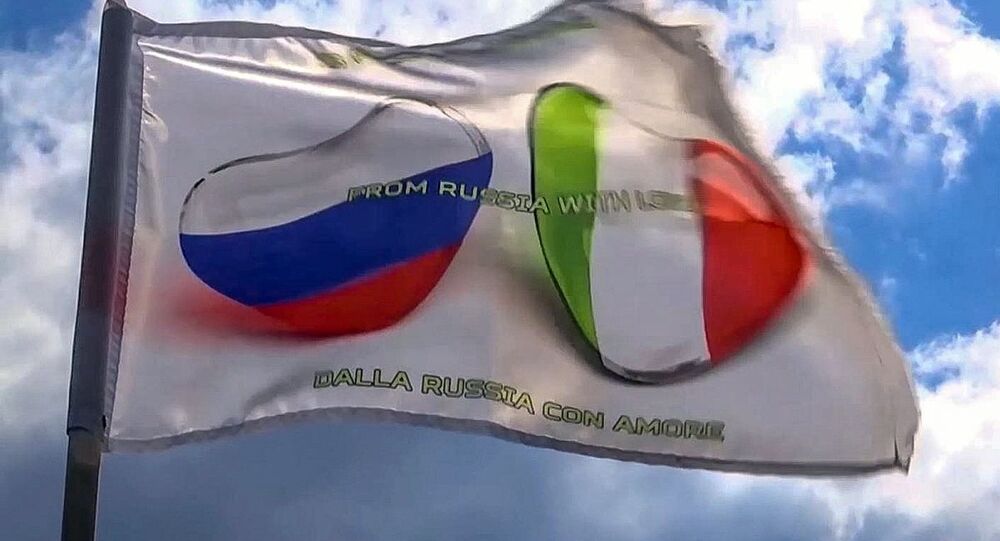 Russia and China’s efforts to help Italy, one of the countries hit hardest by the COVID-19 pandemic in recent months, have prompted some observers to rethink the significance of Rome’s European and trans-Atlantic alliances. The US is concerned about this, Mark Esper says.

The Pentagon is concerned by Russia and China’s attempts to ‘gain influence’ and create a privileged relationship with Italy at America’s expense amid the coronavirus pandemic, US Defence Secretary Mark Esper has said.

“Unfortunately, Russia and China are both taking advantage of a unique situation to advance their own interests,” Esper said, speaking to Italy’s La Stampa in an interview published on Monday.

“Russia provided medical assistance to Italy but then attempted to use that assistance to drive a wedge between Italy and its allies with a disinformation campaign. The United States hopes that the Russian assistance to Italy has been helpful, and is confident that Italian national security organizations stay vigilant while the Russian contingent remains in their territory,” the Pentagon chief added.

Esper did not clarify what “disinformation” he was talking about. However, La Stampa has repeatedly spread false claims about alleged Russian ‘ulterior motives’ in the decision to send over a dozen planeloads of medical supplies and 100+ military doctors to help fight coronavirus in northern Italy, suggesting the measure was a PR campaign, or worse, an attempt by Russian military intelligence to collect intel on a NATO nation. Other Western mainstream media have made similar claims.

Despite such claims, Italian officials have expressed gratitude to their Russian counterparts, calling Moscow’s gesture as an expression of “international solidarity” and pointing to the successful cooperation between Russian and Italian virologists and doctors to curb Bergamo’s mortality rates.

At the same time, ordinary Italians have marked concerns with the ‘every man for himself’ approach exhibited by their European Union partners and US allies in recent months amid the COVID-19 pandemic, pointing to the sluggishness of the EU response, and recent US efforts to intercept Europe-bound medical supplies for themselves.

An Italian took down the EU flag and replaced it with the flag of the People's Republic of China.

The EU has been criticised for failing to sufficiently provide medical assistance and supplies to Italy, while countries like China, Russia and Cuba have sent doctors & equipment. pic.twitter.com/dgtfp5N2NJ

An Italian man replaces the EU flag with the Russian flag...

In a show of gratitude to Russia for helping #Italy fight the #coronavirus outbreak.pic.twitter.com/fF0CQUavsr

In his remarks to La Stampa, Esper also pointed to Chinese tech giant Huawei’s efforts to sell 5G technology to European countries, describing such efforts as “a prime example of this malign activity by China” that “could harm our alliance.”

“Reliance on Chinese 5G vendors, for example, could render our partners’ critical systems vulnerable to disruption, manipulation, and espionage. It could also jeopardize our communication and intelligence sharing capabilities,” Esper warned.

Esper’s comments constitute the latest threat by US officials to cut off intelligence cooperation with their NATO allies if they agreed to buy Chinese-made 5G infrastructure following the back and forth spat between Washington and London regarding the merits of Huawei’s technology earlier this year. Washington has repeatedly urged its allies not to allow Huawei to take part in the construction of 5G, alleging that the Chinese government may be imbedding spying tools inside its 5G equipment to spy on the West. Beijing and Huawei have dismissed the allegations as false.