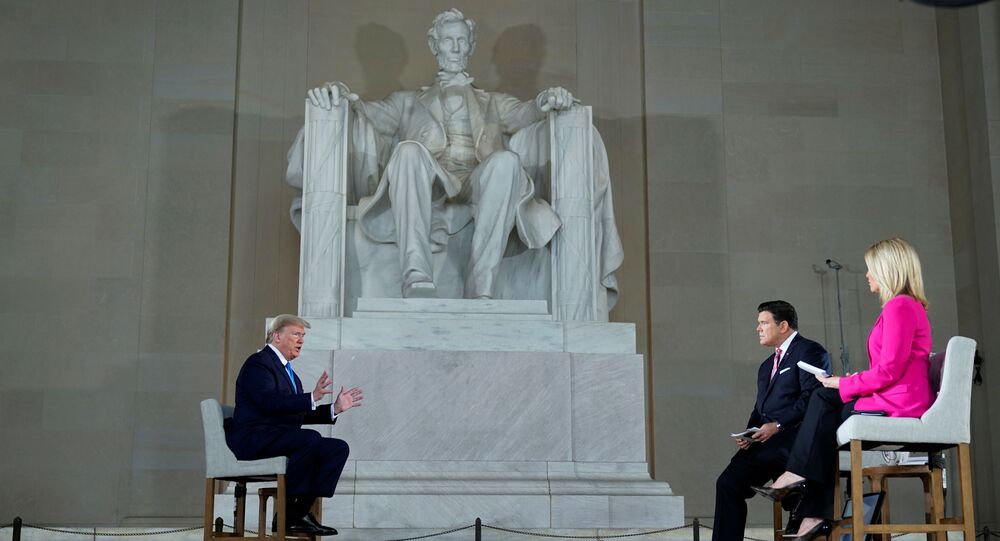 Trump on COVID-19: China 'Made Horrible Mistake', 'Tried to Cover It'

President Trump has repeatedly suggested the new coronavirus could have originated in a laboratory in China's Wuhan, where COVID-19 was first registered in December 2019.

Speaking about the source of the new coronavirus disease, US President Donald Trump said on Sunday that China made a "horrible" mistake and "tried to cover it".

"I think they made a horrible mistake and didn't want to admit it", Trump said on the Fox News virtual Town Hall at the Lincoln Memorial. "My opinion is they made a mistake. They tried to cover it, they tried to put it out. It's like a fire. You know, it's really like trying to put out a fire. They couldn't put out the fire."

"It could've been stopped on the spot...they [China] didn't do it for some reason, and we're [going to] find what that reason is", Trump said.

TRUMP: “It came from China” pic.twitter.com/34UmHliIVg

Trump's comments came just hours after US Secretary of State Mike Pompeo said there was a "significant amount of" evidence that the new coronavirus had leaked from a Chinese laboratory in Wuhan. China earlier rejected the allegations of COVID-19 links to a Wuhan lab, with a top Wuhan laboratory official denying any role in spreading the deadly infection.

While the World Health Organisation (WHO) believes it originated in bats, the consensus of the US intelligence community so far is that the virus is not man-made or genetically modified.

The new coronavirus was first reported in the Chinese city of Wuhan, in Hubei province, last December, later spreading across the world. According to the US-based Johns Hopkins University, more than 3.5 million people have been infected with the virus, including over 240,000 deaths. On 11 March, the WHO declared the COVID-19 outbreak a pandemic.