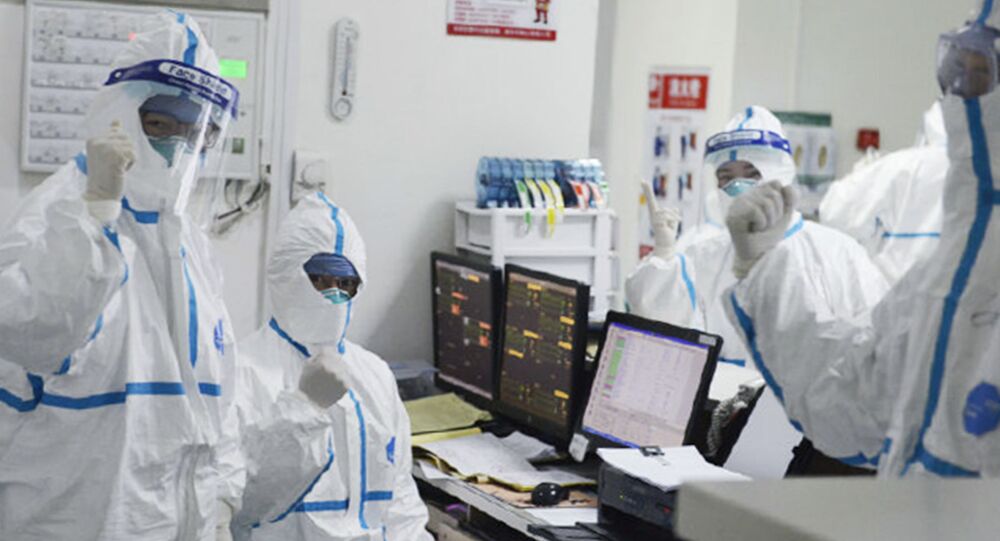 Earlier, the US national intelligence director's office said that they agreed with “the wide scientific consensus that the COVID-19 virus was not manmade or genetically modified”.

There is "enormous evidence" that the coronavirus came from a laboratory in the Chinese city of Wuhan, US Secretary of State Mike Pompeo said in an interview with ABC's "This Week" on Sunday.

Despite his criticism of China's response to the outbreak, Pompeo did not say directly if he thought that the virus had been released on purpose, AFP reported.

This comes after the US national intelligence director's office said earlier this week that they agreed with the scientific consensus that the coronavirus was not genetically modified. They added, however, that they would continue their investigation into how the outbreak started.

US President Donald Trump has repeatedly suggested that COVID-19 could have been released from a Wuhan laboratory. China rejected the allegation, with a top Wuhan laboratory official denying any role in spreading the deadly infection.

As of 3 May, the total number of confirmed coronavirus cases globally has exceeded 3,349,786, with 238,628 deaths, according to the World Health Organisation.

Speaking during the same interview, Pompeo commented on the situation on the Korean Peninsula. The US State Secretary said that shots that were fired from North Korea towards the South in the demilitarized zone on Sunday were believed to be "accidental."

"Handful of shots came across from the north, we think those were accidental... South Koreans did return fire. There was no loss of life on either side," he told ABC's "This Week".

© REUTERS / KCNA
North Korean leader Kim Jong Un attends the completion of a fertiliser plant, together with his younger sister Kim Yo Jong, in a region north of the capital, Pyongyang, in this image released by North Korea's Korean Central News Agency (KCNA) on May 2, 2020

The incident comes following weeks of speculation in the media about the whereabouts and health of North Korean leader Kim Jong Un. However, all the rumours were dispelled on 1 May when Kim reappeared in public at the opening of a new fertilizer plant in the city of Sunchon.