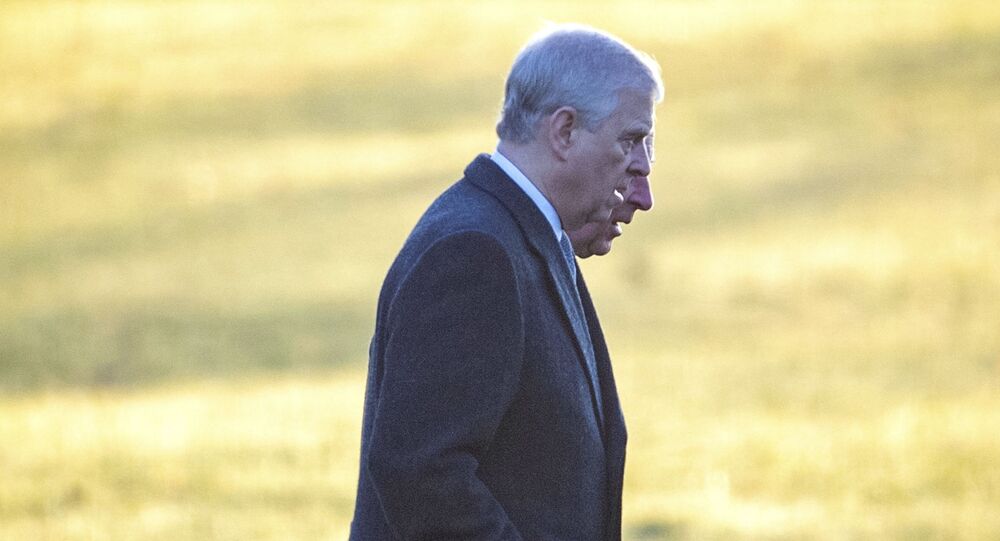 Earlier, US-based prosecutor Geoffrey Berman accused the Queen’s second son of providing “zero cooperation” with the FBI investigation into the alleged misdoings of convicted sex offender Jeffrey Epstein and his associates. Prince Andrew has also been accused of sexually abusing one of the financier’s victims, something he has vehemently denied.

Prince Andrew ignored at least three written requests to be legally interviewed about his unfortunate association with Jeffrey Epstein in relation to sex trafficking charges, says David Boies, an attorney and chairman of the law firm Boies, Schiller & Flexner, which represents more than a dozen victims of the deceased financier, according to the Daily Mail.

“We've made at least three formal written attempts sent to his address in London and also to his lawyers in the past few months”, argues Boies who also represents Virginia Roberts Giuffre, one of Epstein’s most prominent accusers who claims that she was forced by the financier to have sex with Prince Andrew on three occasions while still underage.

According to the lawyer, the duke “has not been prepared to co-operate” so far, which echoes an earlier statement from US prosecutor Geoffrey Berman, who stipulated that the royal provided “zero-cooperation” in relation to ongoing criminal probe into Epstein’s sexual offences.

“I've got quite a bit of confidence that they will not let this drop”, Boies commented on the Bureau’s investigation, suggesting that the prince might be not getting the best insight on the matter from his team of advisers.

“Often people in his position are surrounded by advisers who sometimes think that they will be more valued if they come across as very aggressive on their principal's behalf and that can lead to somebody not getting very good advice. It can be hard to tell your principal that he's got to do something he doesn't want to do,” the lawyer added.

© CC0
Lawyers 'Demand Phone Records' of Calls Between Jeffrey Epstein and Prince Andrew
Prince Andrew’s spokesman declined to provide comments on the duke's alleged non-cooperation. However, the royal has earlier hired General Augusto Pinochet’s ex-lawyer and leading expert on extradition law Clare Montgomery to fight the FBI inquiry into his association with Epstein.

So far, the Duke of York has dismissed all the accusations from Virginia Roberts Giuffre about any potential sexual encounters that have allegedly taken place between them in 2001, when she was only 17-years old. Roberts Giuffre insists that she was trafficked into the acts by Epstein and his associate Ghislaine Maxwell, however Prince Andrew argued during his “car crash” interview to BBC in November that he had “no recollection of ever meeting” the woman.