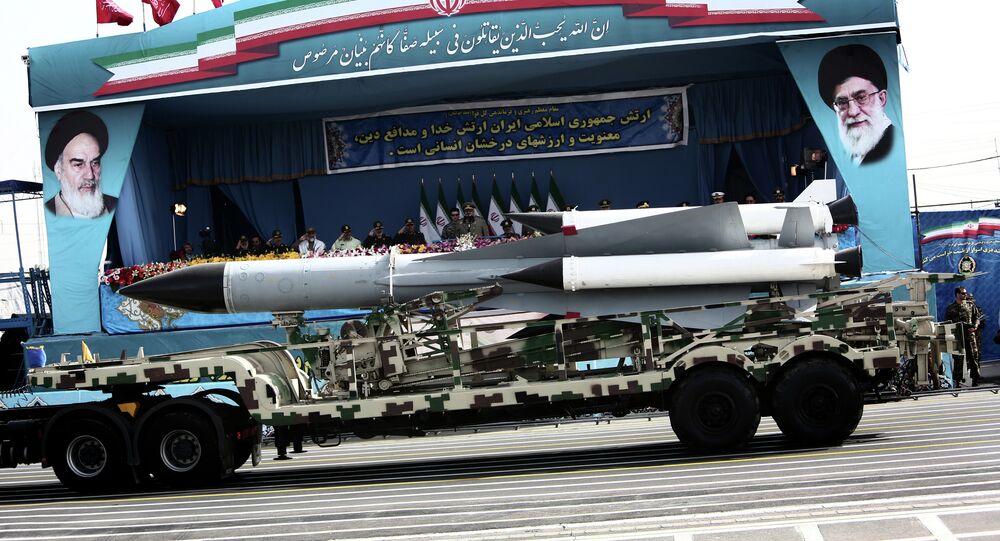 The Trump administration has been searching for options to try to extend the United Nations ban on the sale of conventional weapons to Iran beyond October, proposing sanctions and even considering making the argument that the US is still effectively a party to the Iran nuclear deal, despite its decision to walk out of the agreement in 2018.

The Joint Comprehensive Plan of Action (JCPOA) nuclear deal will “die forever” if the UN arms embargo against Tehran is not lifted, Ali Shamkhani, chief of Iran’s Supreme National Security Council, has warned.

#JCPOA will die forever by circumventing 2231 Resolution & continuing #Iran's illegal weapons sanctions. Sanctions' virus is the US tool for survival of its declining hegemony. What will #EU do: Save dignity & support multilateralism or Accept humiliation & help unilateralism?

“Sanctions’ virus is the US tool for survival of its declining hegemony. What will #EU do: Save dignity and support multilateralism or Accept humiliation and help unilateralism,” Shamkhani added, in an apparent dig against the JCPOA’s European signatories’ failure to circumvent crushing US sanctions and fulfill their obligations under the nuclear deal.

The United States recently stepped up efforts to try to extend the global arms embargo against Iran, despite the lack of a legal justification for doing so. On Thursday, Secretary of State Mike Pompeo suggested that the US had the power to extend the ban on conventional arms sales to Iran under Resolution 2231, despite abandoning the Iran nuclear deal to which it is linked two years ago. Days earlier, Pompeo similarly referred to Resolution 2231 following Iran’s launch of a military satellite.

Also last week, US Special Representative for Iran Brian Hook suggested that Russia and China had no reason to vote against or veto the prolongation of the arms embargo on Iran. On Wednesday, Russian Deputy Foreign Minister Sergei Ryabkov told Sputnik that there was no case to be made to extend the arms embargo, and as far as Moscow was concerned, the issue was “closed.” He added that Washington had no right to talk about the provisions of Resolution 2231, given its own decision to stop adhering to the resolution and attempts to pressure other countries to stop complying with its provisions by introducing unilateral sanctions. Pompeo had earlier promised to “urge” Washington’s European partners to “make sure” that Iran remains unable to purchase conventional weapons from abroad.

Iran’s Foreign Minister Mohammad Javad Zarif has called on Pompeo to “stop dreaming” about extending the embargo, saying the US had no legal case for doing so.

The United States unilaterally scrapped its commitments to the Iran nuclear deal in May 2018, slapping Iran with tough banking an energy sanctions. Amid the deal’s European signatories’ failure to create a package of measures to soften the economic blow caused by US actions, Iran has reneged on some of the nuclear deal’s provisions, including limitations on its uranium stockpile and enrichment. Tehran has stressed however that it has no intention of pursuing nuclear weapons or any other weapons of mass destruction, claiming the pursuit of such weapons run counter to the country’s Islamic faith.