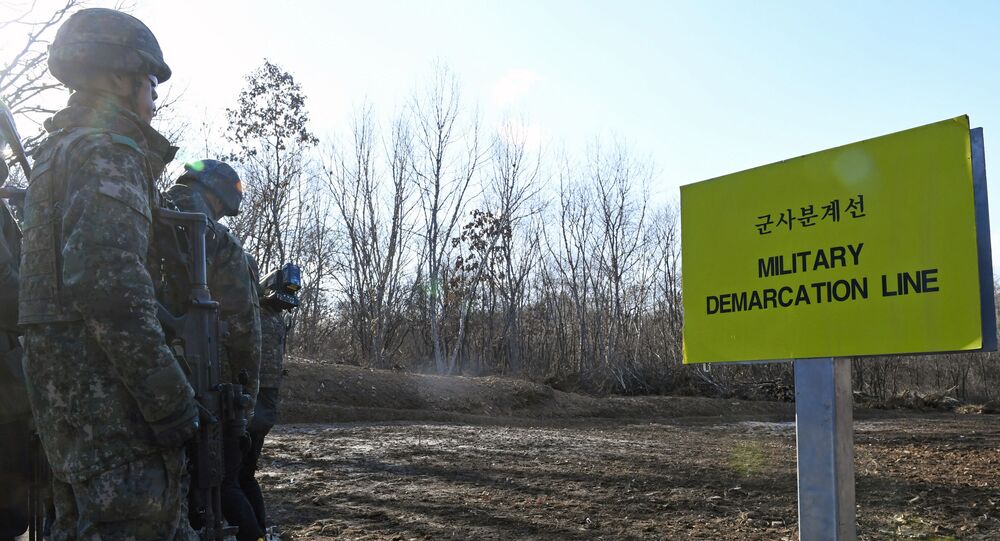 "We are taking actions via inter-Korean communication lines to grasp the detailed situation and to prevent any further incidents. And we also maintain a necessary readiness posture", the JCS said on Sunday, as quoted by Yonhap.

The guard post that came under attack on Sunday morning is located in the central South Korean border town of Cheorwon in Gangwon Province.

Since 1953, following the end of the Korean war, the two countries have been divided by the demilitarised zone, which serves as the border between Seoul and Pyongyang.

The DMZ has served as a meeting place for the leaders of both Koreas and the United States, as the countries took steps to resume the stalled talks on the North's nuclear arsenal.

In February, South Korea requested UNESCO to facilitate recognition of the demilitarised zone at the border with North Korea as an international peace zone to serve as a security guarantee for both countries.