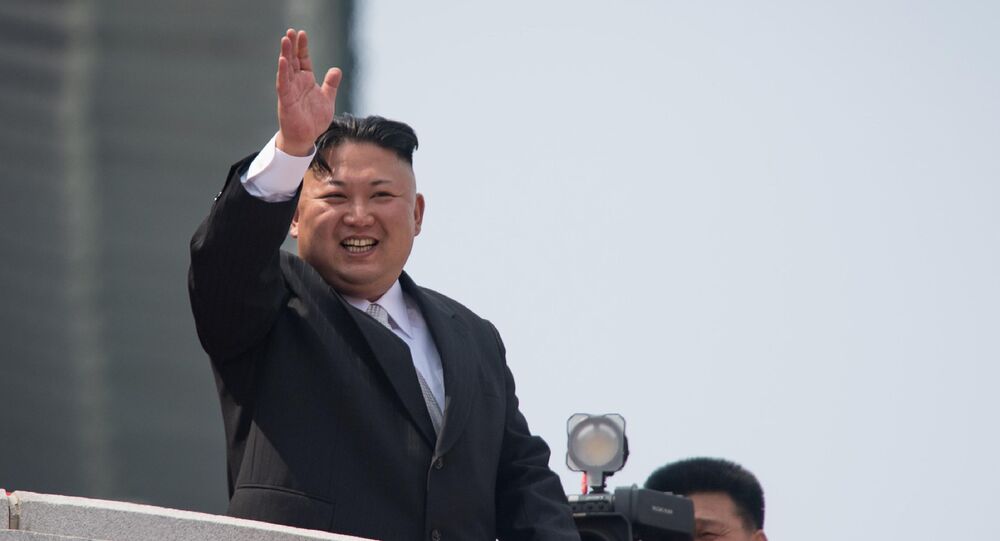 The disappearance of the North Korean leader from the public's sight along with his absence during the key celebration on the Day of the Sun has spurred an array of rumours and conflicting reports, with some suggesting that Kim Jong-un is either unwell or dead.

Russia doesn't have any official information on the state of Kim Jong-un's health, presidential spokesman Dmitry Peskov has revealed. The spokesman did not delve any further into the details of what the Kremlin knows.

The statement comes amid continuing unsubstantiated reports and rumours that the North Korean leader might be either suffering from a disease, the consequences of surgery, or possibly died, as he has not been seen in public since 11 April. One of the North Korean defectors, Ji Seong-ho, who fled the country in 2006, claimed on 1 May that it's 99% likely that Kim Jong-un had died, explaining that the news has not been broken yet due to issues related to determining and appointing his successor. He didn't substantiate his claims.

Another defector, former diplomat Thae Yong-ho, claimed on 29 April that Kim Jong-un would have only missed the key celebration in the country, the Day of the Sun on 15 April, because he could not "stand up by himself or walk properly". Thae Yong-ho said that Kim Jong-un's absence on such an occasion is "really abnormal", but cautioned that all media reports about his state of health should be taken with a pinch of salt, as such information is available only to those really close to the leader.

© Sputnik / Vitaly Ankov
Kim Jong-un Disappeared From Sight as He Can't 'Stand Up by Himself, Walk Properly', Defector Claims

At the same time, South Korean foreign policy adviser, Moon Chung-in, earlier denied reports about Kim Jong-un's health, insisting that the DPRK leader was "alive and well", without diving into details about what is known about his condition. US President Donald Trump earlier claimed he had "a very good idea" about the status of Kim Jong-un, but said he couldn't reveal any more information "right now".