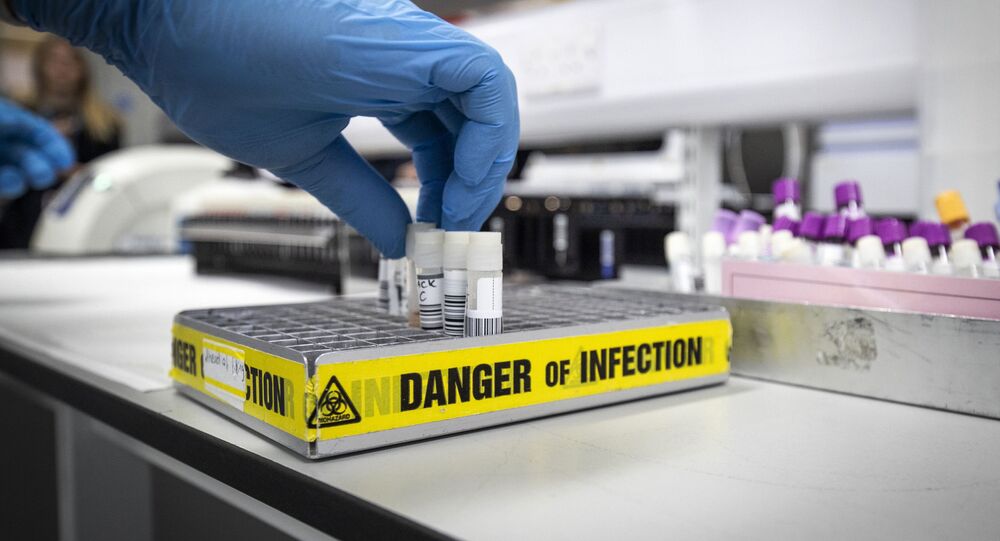 New Delhi (Sputnik): US President Donald Trump and his allies have been blaming China for the outbreak of the coronavirus, which has claimed 228,632 lives globally. Trump has also said that his government has initiated an investigation into whether the virus emerged from a Wuhan lab.

US intelligence agencies have concluded that COVID-19 was "not manmade or genetically modified". However, they are continuing to examine whether the outbreak began as a result of "contact with infected animals or if it was the result of an accident at a laboratory in Wuhan".

​The statement from the Office of the Director of National Intelligence - comprising 16 organisations - is in sharp contrast to a claim made by President Donald Trump and his allies that the virus outbreak may be the result of a leak from an infectious disease lab in Wuhan, the epicentre of the outbreak in China.

On Wednesday, US Secretary of State Mike Pompeo demanded access to the Wuhan lab, which is located around 30 miles away from the city.

“We still haven’t gained access, the world hasn’t gained access to the WIV (Wuhan Institute of Virology) there. We don’t know precisely where this virus originated from”, Pompeo told a news conference at the State Department.

President Trump said on 15 April that the US is investigating whether the outbreak originated in a laboratory in Wuhan.

Some US lawmakers have called for hearings to examine China’s role in sprawling the virus, its role in spreading the disease internationally and its efforts to downplay its responsibility for its premeditated actions.

China has said in official statements the virus was developed in a US bioweapons laboratory and brought its Wuhan laboratory by infected US service members.

However, US lawmakers have said formal investigations are not likely to begin until the COVID-19 pandemic is under control in the United States.

As of Thursday, more than 3.2 million COVID-19 cases and over 228,000 deaths have been recorded worldwide, according to data compiled by the Johns Hopkins University Coronavirus Resource Center.