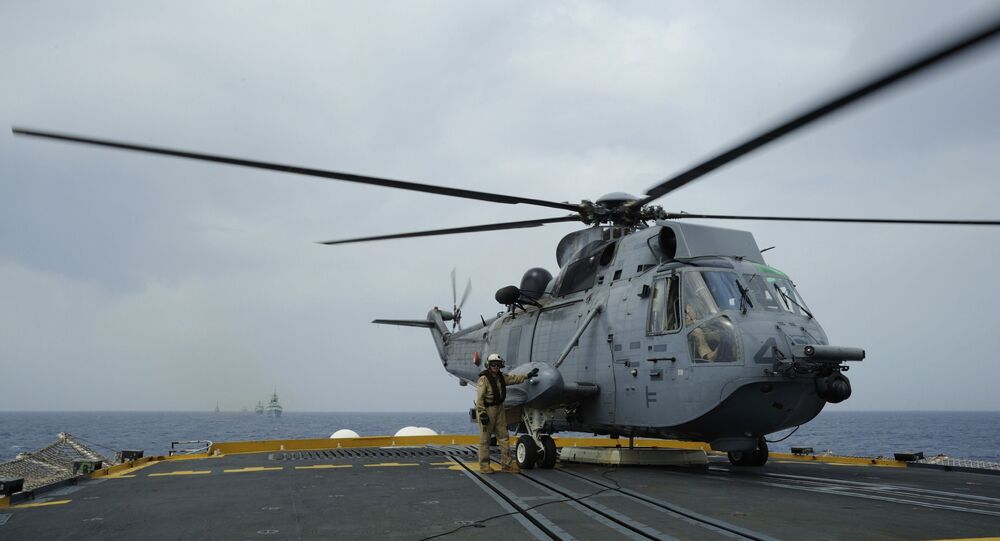 TORONTO (Sputnik) – Canada's Prime Minister Justin Trudeau confirmed in a statement that a Canadian military helicopter had gone missing off the coast of Greece.

“A Canadian helicopter involved in Operation REASSURANCE with NATO allies has gone missing off the coast of Greece. I have spoken with Minister of National Defence Harjit Sajjan, and search and rescue efforts are currently underway. Updates will be provided as soon as possible”, Trudeau said via Twitter on late Wednesday.

A Canadian helicopter involved in Op REASSURANCE with NATO allies has gone missing off the coast of Greece. I have spoken with Minister @HarjitSajjan, and search and rescue efforts are currently underway. Updates will be provided as soon as possible.

The helicopter was part of Operation REASSURANCE, a NATO mission in Central and Eastern Europe.

Greek Reporter said on Wednesday, citing sources inside the national Defence Ministry, that a Canadian Sea King helicopter had crashed in the Ionian Sea. The Canadian Sikorsky CH-124 Sea King anti-submarine warfare helicopter, with six people on board, disappeared 52 nautical miles (100 kilometres) west of Cephalonia island, according to Greek outlet militaire.gr. It said that one service member was killed, with the rest still missing.

The operation is the country’s largest military operation abroad, with up to 915 Canadian Armed Forces members deployed at any time, Canada’s Department of National Defence said.