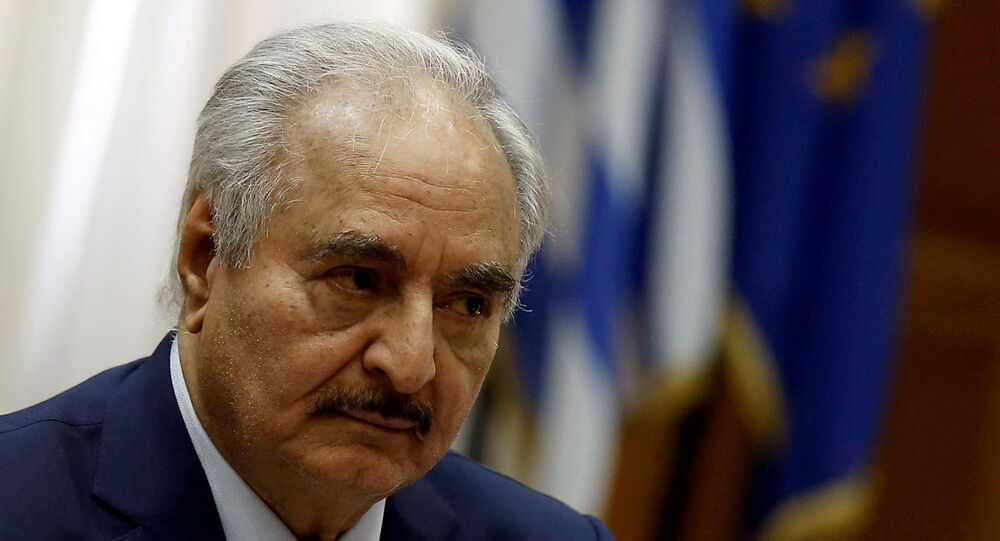 The statement follows military commander Khalifa Haftar's announcement that he had assumed control of the eastern-based civilian authorities and had a popular mandate to govern Libya.

The Libyan conflict can be solved not by unilateral action but through a UN-backed dialogue between the rival parties, the French Foreign Ministry said in a statement on Tuesday.

"The solution to the Libyan conflict can only go through dialogue between the parties under the aegis of the United Nations, not through unilateral decisions," deputy spokesman Olivier Gauvin said. "There is no alternative to an inclusive political solution, as part of the conclusions of the Berlin conference."

He also said France supports Libya's unity and the maintenance of stability in the country.

On Monday, Haftar announced his withdrawal from the international Skhirat agreement, which had led to the formation of the UN-backed Government of National Accord. According to Haftar, the LNA is now taking control of the country.

Haftar's troops have been besieging Tripoli for a year in an attempt to bring an end to the political crisis that has gripped Libya ever since the murder of Muammar Gaddafi back in 2011. Since then, the country has been torn between the two main centers of power — an elected parliament in the country's east, supported by the LNA, and the GNA in the country's west.