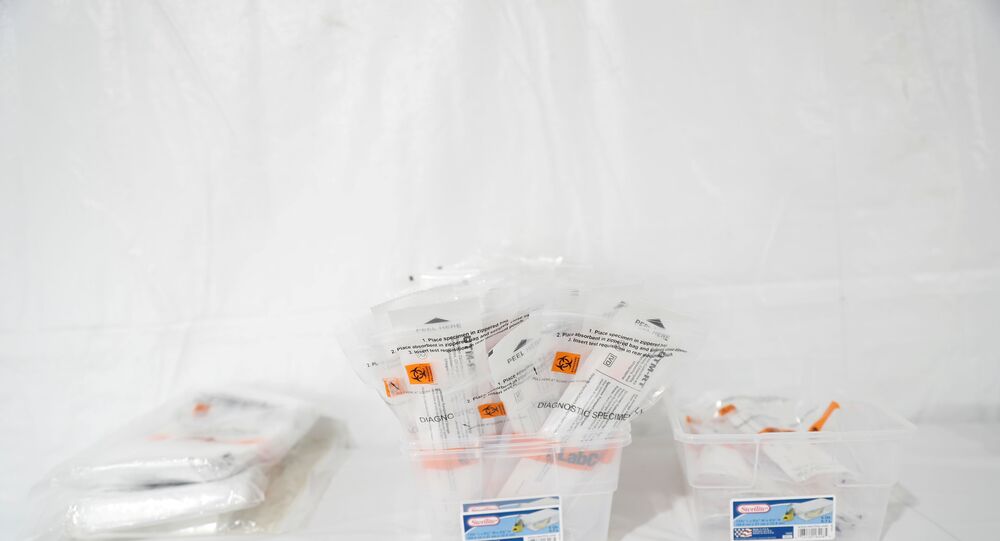 The Chinese Embassy in New Delhi has expressed “deep concern” over the evaluation results and the decision made by the Indian Council of Medical Research (ICMR) to stop using the rapid testing kits after their results varied.

The Chinese embassy in New Delhi, while issuing a statement on Monday night, said that these kits from the same manufacturers have been exported to many countries in Asia, Europe and Latin America after receiving certification from the National Medical Products Administration of China (NMPA).

“It is unfair and irresponsible for certain individuals to label Chinese products as 'faulty' and look at issues with preemptive prejudice. Regarding the current issue occurred, we hope the Indian side could respect China’s goodwill and sincerity, strengthen communication timely with relevant Chinese companies based on facts, and resolve it reasonably and properly,” Ji Rong, spokesperson of the Chinese Embassy in New Delhi said.

The Chinese side suspects that Indian professionals may not be following the required protocol outlined by the companies, namely Biomedemics and Wondfo, as other countries did not filed any complaints regarding quality so far.

“Any operation which is not carried out by professionals in accordance with the product specifications will lead to the testing accuracy variations,” said the Spokesperson.

© REUTERS / AMIT DAVE
Thousands of Chinese Kits Including Rapid Antibody Tests Arrive in India
Manufacturer Wondfo also made a strong statement on Tuesday, saying that it is "surprised and disappointed" by the decision made by ICMR on Monday (27 April).

The Chinese manufacturer has claimed that the Wondfo SARS-CoV-2 Anti-body test was one of the first tests to receive an import licence from India after validation from country's National Institute of Virology.

"We are currently investigating the ICMR's concerns with our products," the statement issued by Wondfo reads.

Earlier on Monday, the Indian health ministry cancelled the procurement of the rapid anti-body test kits due to a variation in results.

"After receipt of some supplies, ICMR has again conducted quality checks on these kits in field conditions. Based on a scientific assessment of their performance, the order in question (Wondfo) along with another order with respect to another brand found under-performing, have been cancelled," the ministry said.

However, the ministry stressed that ICMR has not made any payment whatsoever with respect to these supplies. "Because of the due process followed (to not pursue procurement with 100% advance payment), the Government of India does not stand to lose a single rupee," it added.