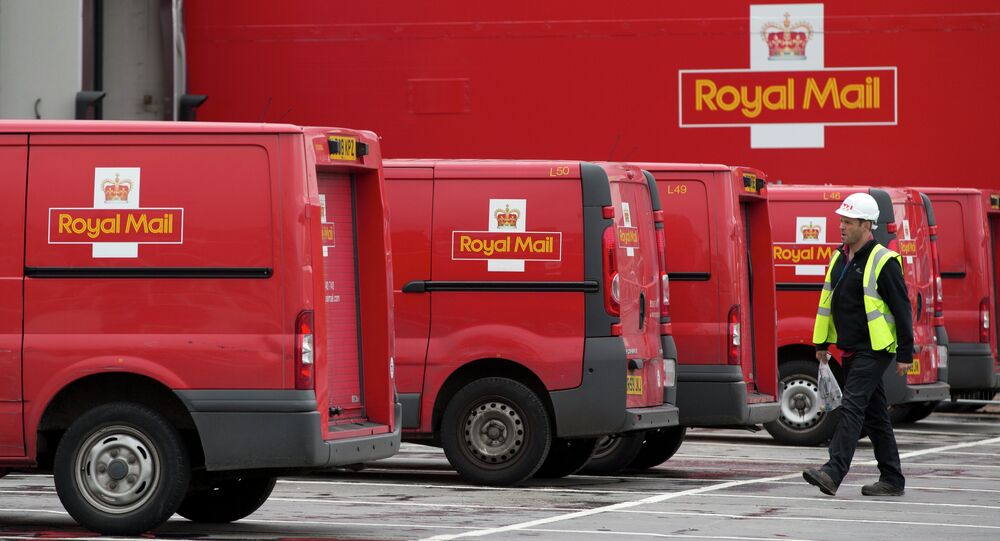 After 500 years of state ownership, the United Kingdom's Royal Mail was sold into private hands under the Conservative/Liberal coalition government in 2013. While postal workers have experienced pay cuts during the coronavirus pandemic, the executives of the postal company have been working remotely and from abroad but maintaining high salaries.

A prominent anti-privatisation campaign group in the UK has called for the public ownership of the Royal Mail on Sunday amid a dispute by shareholders over executive pay.

Rico Back, CEO of the Royal Mail, has been working remotely from his Swiss apartment while postal workers have received pay cuts.

"It's an absolute scandal that the Royal Mail's CEO is continuing to pocket his estimated £2.3 million salary at a time when our posties are continuing to deliver incredible work in such difficult times", said Cat Hobbs, the director of We Own It.

The German multimillionaire maintains his £2.7 million annual salary while employees of the formally publicly-owned agency have seen reductions in pay in order to cuts costs amid the coronavirus pandemic.

"The fact that postal workers' dividends are being cut, rather than Rico Black's salary, shows once again the farce of Royal Mail privatisation. Rather than our service lining the pockets of wealthy executives and directors, it should work for all of us - workers and the public", Hobbs said.

"We'll only get that by bringing the Royal Mail into public hands. That way we can reinvest money into the service itself, transforming into a service truly fit for the 21st century, with a well-paid workforce and a network of publicly-owned post banks all across the country".

The chief operating officer, Achim Dunnwald, has also been working from his home in Germany during the government-imposed social distancing restrictions.

Postal workers became shareholders of the company when it was first floated on the stock market, meaning dividends cuts directly impact employee wages.

Widespread criticism of Back and demands for the renationalisation of the service follow a letter to Business Secretary Alok Sharma from the Communication Workers Union (CWU) in March.

Demands include the Royal Mail cease functioning as “as a commercial operation" in line with the government giving postal workers key-worker status.

The CWU also urged all postal workers be given proper personal protective equipment (PPE) and all branches insufficiently equipped be closed until management can provide the necessary safety materials.

93 MPs have written to Rico Back supporting the CWU proposals on temporary changes to the service to protect postal workers and the public. Please share this as widely as possible pic.twitter.com/JXeMEc2qqo

​Royal Mail management spokespersons claim that the company has invested £15 million in protective equipment and assert that the health and well-being of their staff is their top priority.

As of 16 April, unsafe working conditions during the Covid-19 pandemic have resulted in the deaths of at least 3 postal workers in the UK, the CWU revealed.

Former Liberal Democrat leader Sir Vince Cable, who oversaw the privatisation of the postal service when he served in the Conservative/Liberal coalition government in 2013, said last week that the Royal Mail should consider "executive pay cuts".

"The company is privately owned but it clearly still has social responsibilities and that should be reflected in the way they approach this pandemic", the former business secretary said.

A spokesman for the Royal Mail responded to demands from investors who also called for executive pay reduction saying that they are "aware" of the position held by shareholder representatives and that "executive remuneration matters will be considered" at the end of the year.