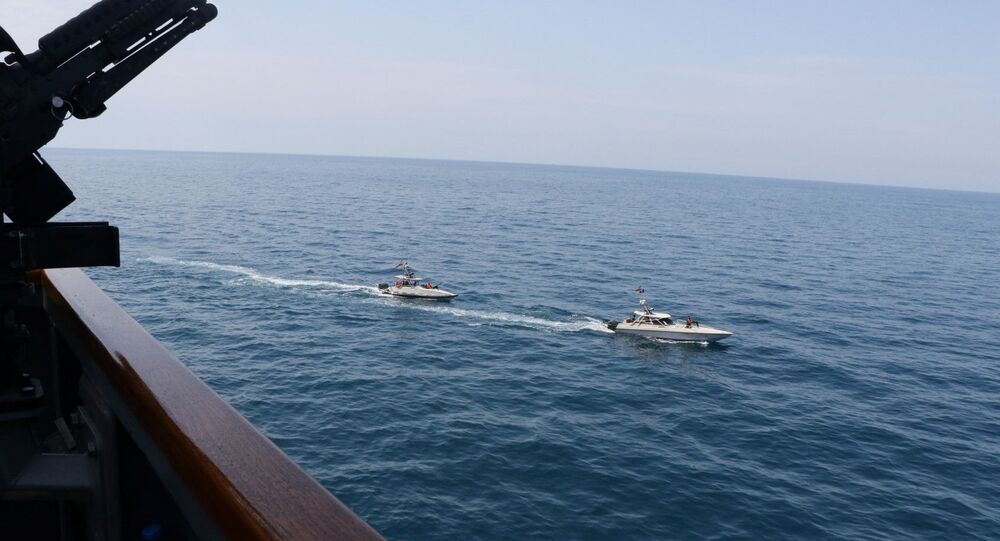 Tensions in the Persian Gulf have spiked recently after the US complained of "harassment" by Iranian gunboats sailing in close proximity with US warships, which prompted a series of mutual threats from both Washingon and Tehran.

Russia is concerned by the US threats to Iran amid tensions in the Persian Gulf and is calling on both sides to exercise restraint, Russian Deputy Foreign Minister Sergei Ryabkov said on Saturday.

According to the diplomat, the United States is interpreting its right to self-defence in its own way by threatening Iran with attacks in the Gulf.

The head of the Iranian Revolutionary Guard Corps (IRGC), Hossein Salami warned the US against engaging in hostile actions against Iranian vessels, threatening a "crushing response".

Iran's Foreign Minister, in turn, noted that the US "has no business 7,000 miles away from home" provoking Iranian sailors in its territorial waters.

Tensions between Iran and the US intensified in January following the killing of Iran's top military commander Qasem Soleimani by a US drone strike at the Baghdad international airport. Shia militia commander Abu Mahdi Muhandis was also killed in the attack. Washington alleged that the two commanders had been involved in the attack on the US Embassy in Baghdad in December 2019.

Tehran responded to Soleimani's killing by carrying out airstrikes against two US military bases in Iraq.