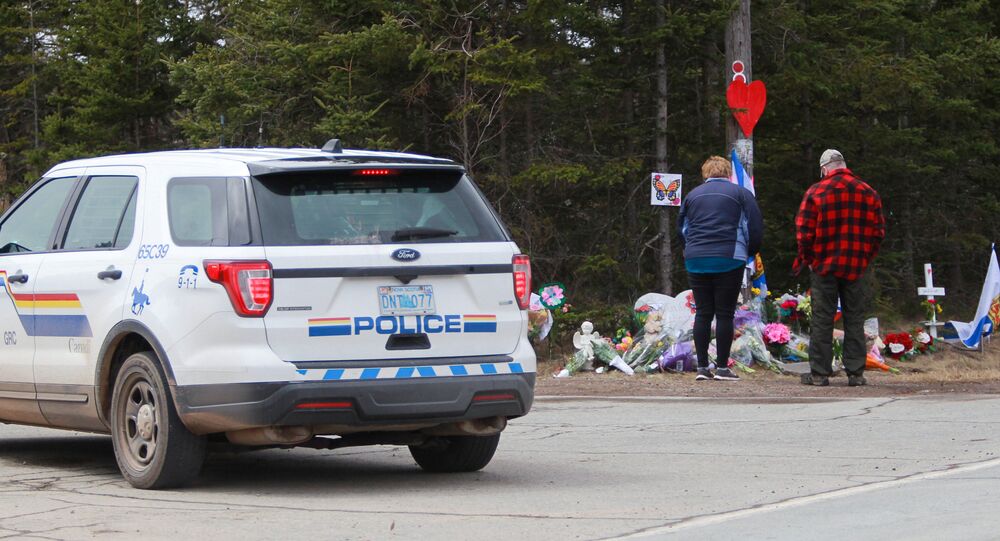 TORONTO (Sputnik) - Police in the Canadian province of Nova Scotia are urging residents to stay inside while they respond to reports of gunfire, the Royal Canadian Mounted Police (RCMP) said in a statement on Friday.

The reports come just days after a Nova Scotia man embarked on the deadliest shooting spree in Canadian history that saw 23 victims killed.

On Friday, the Royal Canadian Mounted Police, following an investigation into multiple reports of a gunfire, and after having "extensively searched" the Haliburton Heights area of Hammonds Plains, said that everything was clear and there was "no evidence of shots fired" found.

All clear; The areas of Haliburton Heights, #Hubley #Tantallon #HammondsPlains have been extentively searched. No evidence of shots fired. Police continue to patrol the area.

This comes after the RCMP tweeted that police were responding to unconfirmed reports of gunfire in the Haliburton Heights area of Hammonds Plains, urging residents to stay inside.

The area of investigation then was extended to a "wooded area between Haliburton Hills & Highland Park Heights Sub".

Police noted that there has been "additional report of shots fired in the Omega Crt area of #Hubley."

Police currently on scene in wooded area between Haliburton Hills & Highland Park Heights Sub in relation to a report of shots fired. There has been a additional report of shots fired in the Omega Crt area of #Hubley. Residents are to stay inside #HammondsPlains #Tantallon

​New reports of gunfire emerged several days after a shooting spree in Nova Scotia, that began on Saturday 18 April with a series of fires and continued into the next day, taking 23 lives, including a female officer, in several small towns including Portapique, Truro, Milford, and Enfield. The suspected shooter, 51-year-old Gabriel Wortman, was killed in a confrontation with police. The motives remain unclear and an investigation is underway.