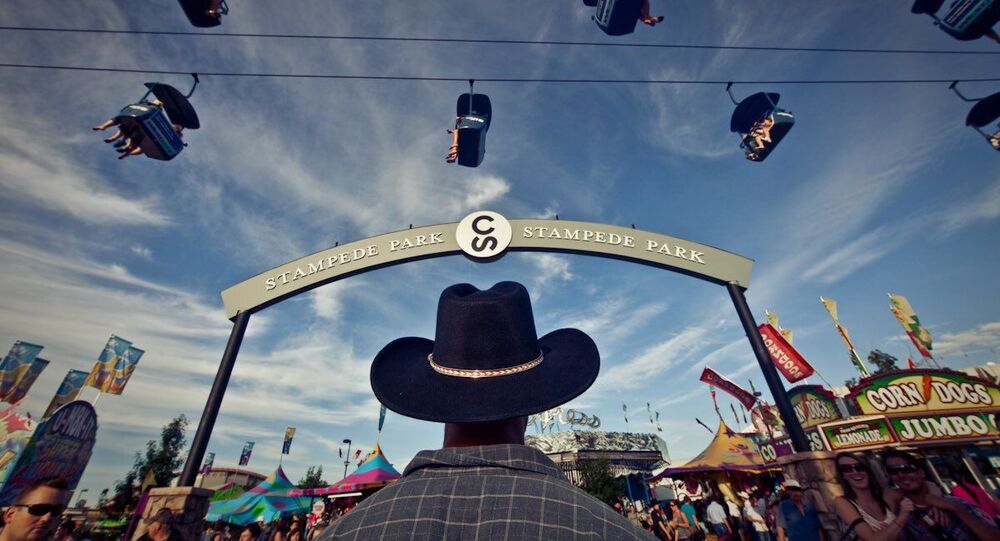 The Calgary Stampede, a large rodeo, festival and self-billed as the "greatest outdoor show on Earth", is ordinarily held every July in the town of Calgary, Alberta, Canada. It attracts over one million visitors annually and has never been cancelled, even during World War II.

Officials behind Calgary Stampede announced on Thursday that the event expected in July will not take place in 2020 due to the COVID-19 pandemic, the first time in 100 years that the show has been cancelled.

The Calgary Stampede office announced the cancellation by tweeting that it was "saddened to share" the news, but promising "this does not mean the end of Stampede Spirit this year".

Earlier, the president and chairman of the board of the Calgary Stampede, Dana Peers, told journalists about the decision.

"As a community celebration, the cancellation of our annual event comes with our community and public health and safety front of mind," the president and chairman of the board of the Calgary Stampede, Dana Peers, said.

Peers stressed that shuttering the popular event this year is "hard, but it's the right thing to do", while Mayor Naheed Nenshi said that the anti-pandemic measure "is tough", remembering the 2013 Stampede, held right after intense flooding hit the region and reportedly helped to raise people's spirits amid tragedy.

“We all know it, we all get it, that it’s the right thing to do. But to stand here and to say that there will be no Stampede for the first time in 97 years — well that’s very, very, very tough,” Nenshi said.

The cancellation of the Stampede followed a Calgary Emergency Management Agency (CEMA) announcement that all public events in the city would be cancelled to at least 30 June. Earlier in March, The company responsible for producing the Stampede let 80 percent of its workforce go as part of anti-coronavirus measures, impacting an estimated 890 people.

The Calgary Stampede was held during World War II, with soldiers and members of the military serving as parade marshals. The COVID-19 pandemic has forced almost every nation in the world into lockdown and social distancing, cancelling not only the so-called greatest outdoor show in the world, but also major events as the Tokyo 2020 Olympics and Spain's running of the bulls.